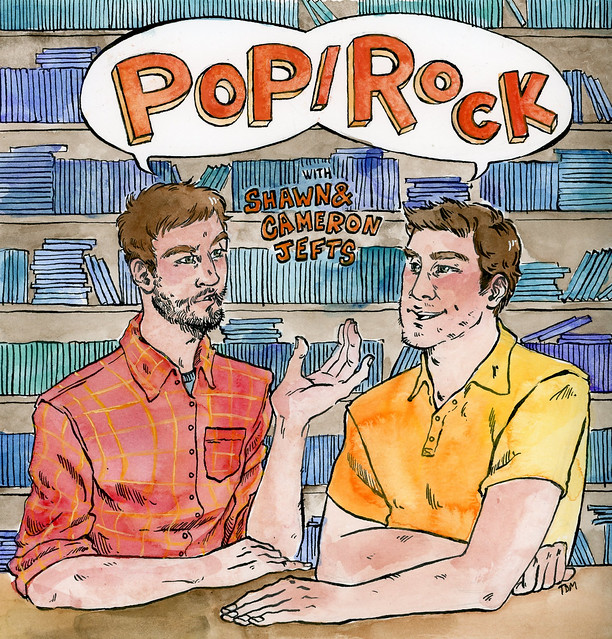 I don’t know about you, but I can’t remember the last time I listened to a CD. And I don’t mean pressing play on Drake’s latest release on Spotify—I’m talking about sliding in a scratch-free holographic disc into your mid-2000s MacBook, or perhaps popping one into your Sony boombox’s top-loading tray, if you’re feeling fancy.

But if you were to ask brothers Shawn and Cameron Jefts about their current familiarity with these relics of the recent past, they could probably tell you dozens of hours worth of stories. In fact, they’ve done just that, in a podcast called Pop/Rock, which older brother Shawn describes as “two brothers who haven’t spoken to one another in ten years listen to one of the 1,000 some-odd CDs in their father’s collection one week at a time in alphabetical order while their parents continue to deny that they gave away their oldest son’s dog when he was 15.”

Read on for a chat with the bi-coastal duo about cataloging their father’s CD collection, growing up in Alaska, and the podcast’s origins in a Facebook post about colored hair gels.

How did you come up with the idea for this podcast?

Shawn Jefts: Cameron and I reconnected a year ago or so when I got married. I thought the podcast might be a good way to keep that connection alive and simultaneously pay tribute to our dad [Bobby Jefts] while making good-natured fun of him. I floated the idea to him in a Facebook message, cryptically asked our mom to send me a picture of our dad’s CD collection (which is on three big shelves in the living room), and we were off.

Cameron Jefts: This is absolutely Shawn’s fault. A few months ago, as part of the lead-up for an intimacy-themed variety show, I was asked the question, “What is the sexiest (or least sexy) thing you’ve ever done?” So I posted a goofy little story on Facebook about my sixth-grade experiences with brightly-colored hair gels: 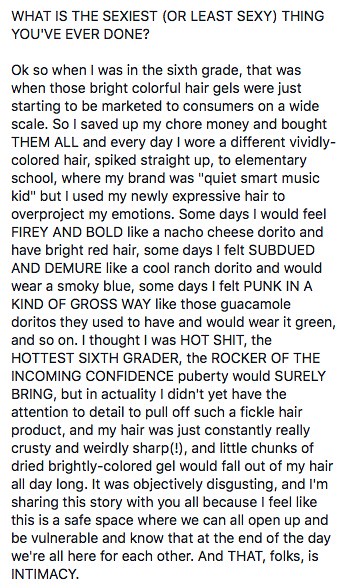 Shawn responded with a thoughtful reflection on reflection, I lobbed a C- joke about our shared love of Daft Punk’s Discovery album, and then—out of nowhere—Shawn throws the idea down on the table: 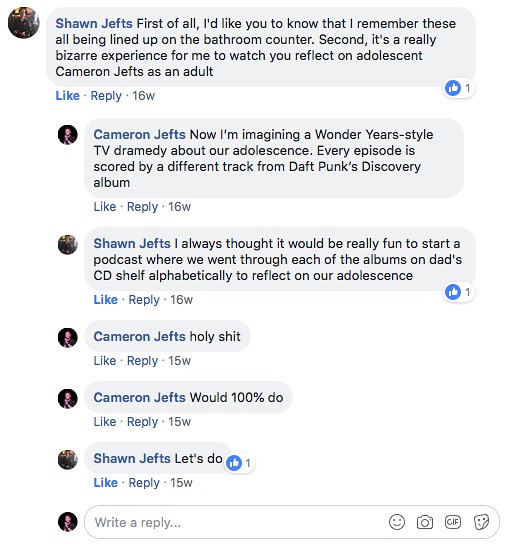 Could you give a little history about your dad, his CD collection, and his relationship with music?

Cameron: I DJ’d for my college radio station, and one day, I was just kicking back playing The Shins or whatever, and I looked up at the station’s founding charter hanging in a big frame on the wall to see our dad’s name on it. I mean, come on. Bobby’s influence.

Shawn: Our dad is the biggest music fan I’ve ever known. I remember our mom complaining quite often about the amount of CDs he purchased. When we were kids, he would often try to share his music with us, but what 8-year-old kid wants to listen to his dad’s music? Anyway, the older I get, the more I’ve appreciated to love our dad’s quirks, like his lifelong commitment to things he personally experiences. We grew up in Anchorage, Alaska, and bands don’t come here very often. The Presidents of the United States of America (remember “Peaches?”) came up here in 1994, and we went as a family. That was my first concert. Our dad will now buy every CD they release, on the day it is released. We listened to those CDs so many times that I know every lyric on them. All because they came up to Alaska once. Our parents came to visit me a few years ago in Los Angeles, and we went to a USC football game. Within five minutes of getting to the campus, I knew he’d be watching every USC game, every Saturday, thereafter.

What was the most surprising album that you found in your dad’s collection?

Cameron: We’re still cataloging everything, but the biggest surprise so far is how many compilation albums are in there. I only have specific memories of one of these (titled Happy Days Jukebox, a tie-in with the sitcom), but there’s all kinds of stuff in there: genre compilations, by-the-decade compilations, compilations from particular record labels, greatest hits albums. Some of my favorite titles are ’60s Frat Rock; Midnight Groove: The Art of Smooth Jazz; The Best of Country Sing The Best of Disney; Mercyland: Hymns for the Rest of Us; and Front Porch Pickin’. I am unironically stoked to listen to each and every one of these. But in terms of being surprised by particular albums, I think the weird part is that everything totally fits. There are definitely a few that seem random—the Cheech Marin children’s album Me Llamo Cheech: El Chofer Del Autobus De La Escuela, for example, or the album Blooming Dynasty by the Chinese band The Flowers—but there’s a concrete explanation for everything. Our dad used to be a Spanish teacher, hence the Cheech, and I remember him telling me about how he purchased Blooming Dynasty during a trip to China after asking a taxi driver for some recommendations of local music.

Shawn: Cameron made me aware that some of the CDs on the shelf are not necessarily dad’s. Some are our mom’s, Cameron’s, or mine. Which, I would think, explains the presence of the Baja Men’s Who Let The Dogs Out on the shelf. Dad’s discovered that he really likes Beck recently, and that surprised me. The amount of random compilation CDs on the shelf is staggering. The Bee Gees’ One Night Only is out of place. There’s a Foreigner album I’m hoping isn’t his also.

Cameron: Yeah, Who Let the Dogs Out is definitely mine, as is Aaron Carter’s Oh Aaron and Samatha Mumba’s Gotta Tell You. Most of our CDs are in these big plastic storage bins in the garage with other childhood stuff, but it looks like a few made their way into the general collection over the years. There are also a few mysteries—are those two Josh Groban albums mom’s or dad’s? There’s a bit of a sleuthing component, is what I’m saying.

What are you up to when you’re not hanging out and listening to CDs?

Cameron: I live in New York, where I’m a dramaturg and a comedian, which is an absurd combination of things to be. I co-host and co-produce Paper Kraine, a monthly variety show of new comedic performance. We define comedy broadly, as “anything in the spirit of fun.” That’s also where I do live recordings of my other podcasting project, Imaginary Friends, which I’m also launching this summer. I’m also the dramaturg-in-residence for Forklift, the new works development series at The Loading Dock Theatre, and I work as a curator and creative consultant around the city. I also, like, do yoga and stuff sometimes?

Shawn: My wife just cranked out a baby seven weeks ago, so I mostly just change diapers now. I work as an attorney for a health care corporation in San Francisco. I play on an inclusive rugby team called the San Francisco Fog. I play hockey when I can. I have another weekly podcast about Cornhole culture and strategy called Man Seeking Cornhole. Don’t look for that podcast, that’s a joke.

The first six episodes of Pop/Rock are available to stream on SoundCloud and iTunes starting today.