In Case of Tent Collapse, Find My Body Next to the Spotted Pumpkin: Dinner Party Does Frieze NY

Saturday, 10 May 2014. 5:04 p.m. The big, bright white tent that housed Frieze New York shook violently in the afternoon rainstorm. The choppy waves of the East River crashed onto the shore only a few feet away. Surely someone prepared the tent for Mother Nature’s attempts to party crash, I thought. I was, after all, at one of the world’s top art fairs. Surely someone accounted for such potential disasters, right?

The wind grew stronger, causing the tent’s ceiling to move up and down like that of an inflatable bouncy castle. Attendees nervously giggled as the rain slapped hard against the tent walls. Gallery reps fought back nervous breakdowns and launched into frenzied action as water began to drip onto thousands of dollars worth of artwork. Hmm…maybe not, I decided as I thought about which artwork I would want my body found beside in case the tent frames came crashing down.

Suffice to say, Dinner Party’s first trip to Frieze New York was—pardon the pun—a whirlwind of a time. Despite this year’s trend of solo presentations and lack of extravagant pieces, the fair was still fairly overwhelming given the sheer number of galleries present—not to mention the people-watching to be done. Overall, the artists that caught my eye were ones that dealt with perception and the various ways it can be manipulated. 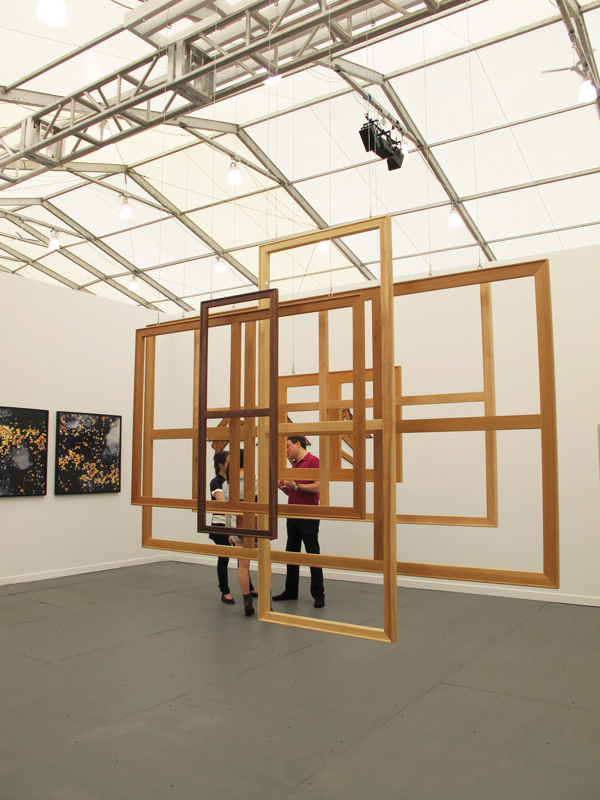 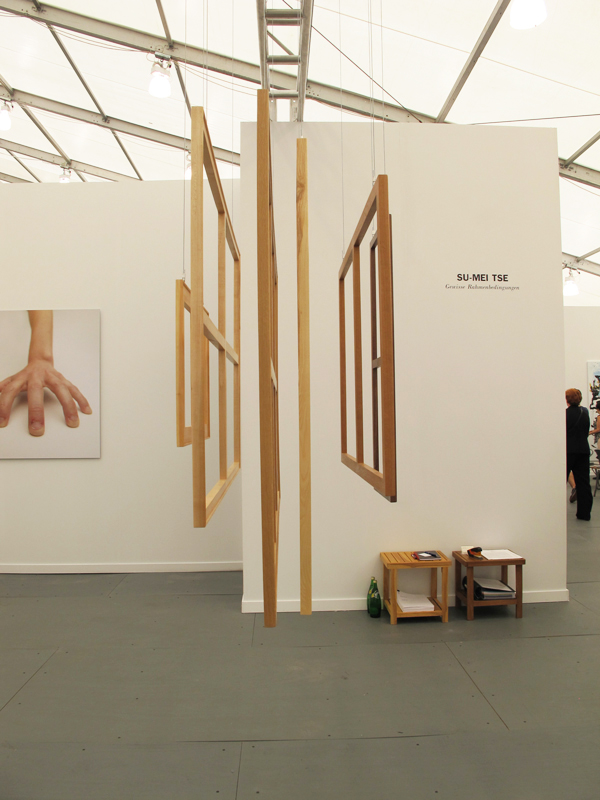 Su-Mei Tse (Peter Blum). Tse’s Gewisse Rahmenbedingungen (A Certain Framework) did exactly what the artist meant for a viewer to do: to “slow down and reorient their position toward the seemingly obvious.” The hanging set of wooden frames at the center of the booth plays with geometric rhythms and negative space, a theme which is nicely echoed with the wooden triangles that hang on a single nail towards the back of the booth. 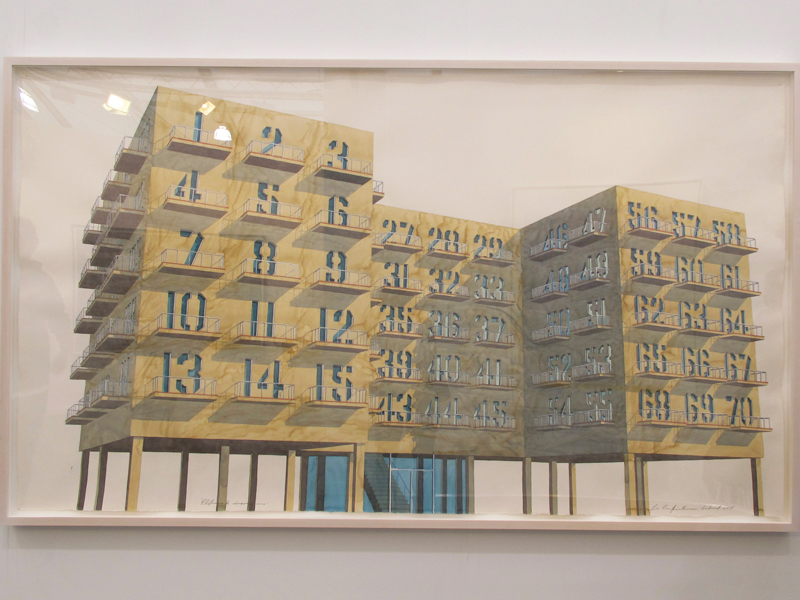 Los Carpinteros (Sean Kelly).The soft watercolor of Edificio de números uno stands in tension with the harsh, brutalist architecture of its subject matter. The painting feels both retro and futuristic as well as realistic and fantastical, like a Soviet building from the 60’s cross-bred with something from the set of The Hunger Games. 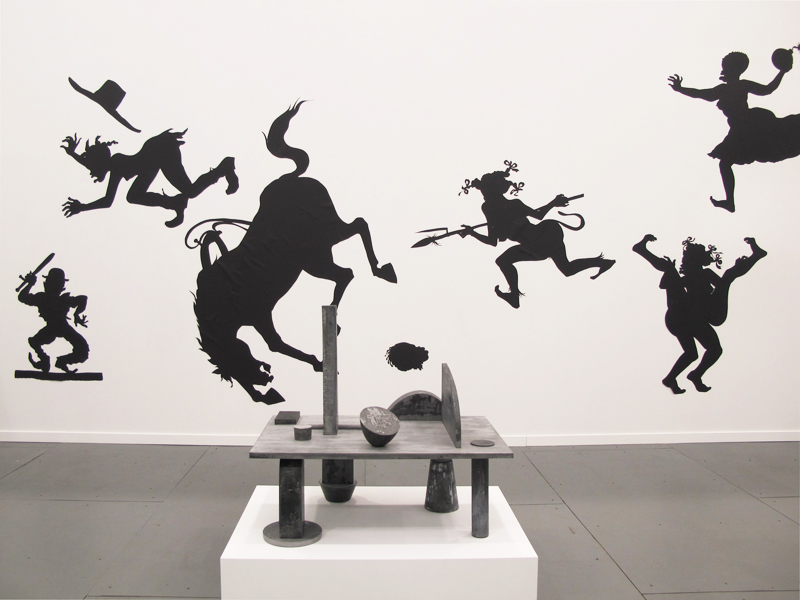 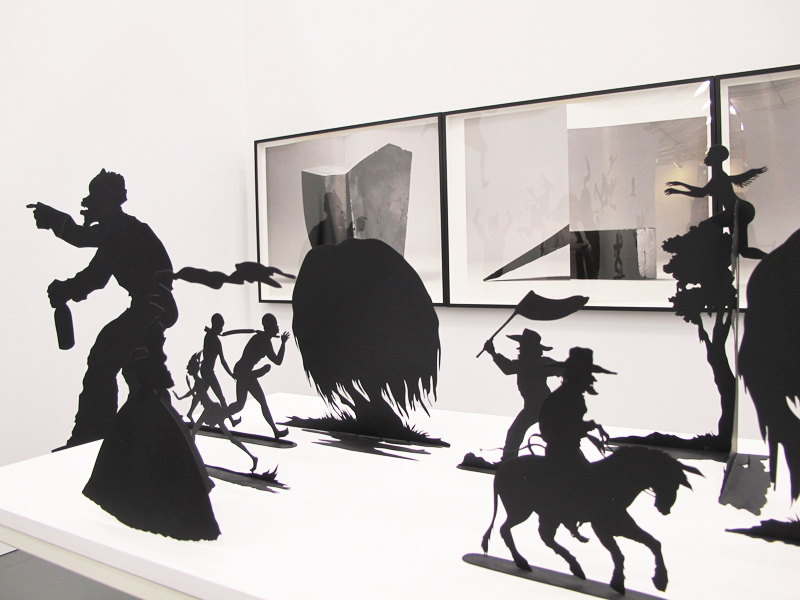 Kara Walker (Sikkema Jenkins & Co.). For those unfamiliar with Walker’s cut-paper silhouettes, the pieces usually register first as whimsical, storybook-like images. Upon closer inspection, however, one realizes the more complicated matters of race and slavery conveyed through this simplified format. Walker says, “I’m reducing things down a lot, but I’m also characterizing everything and everyone as a black thing, and it comes from a way of viewing the world, looking for blackness, in its good and nefarious forms.” 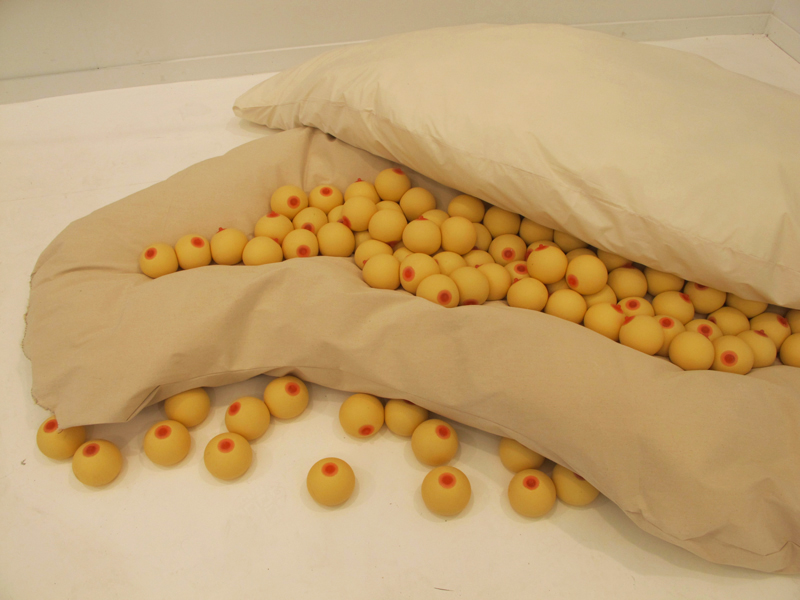 Vanessa Safavi (The Breeder). “Are those…?” “Is that what I think…?” These were the sorts of questions fluttering about while viewers observe Safavi’s installation. Certainly, the silicone breasts pouring out of soft white fabric evoke an intimate sexuality, but its juxtaposition with shells and the piece’s title, The Journey (Clam), also recall a vast seascape of a surrealist dreamland. 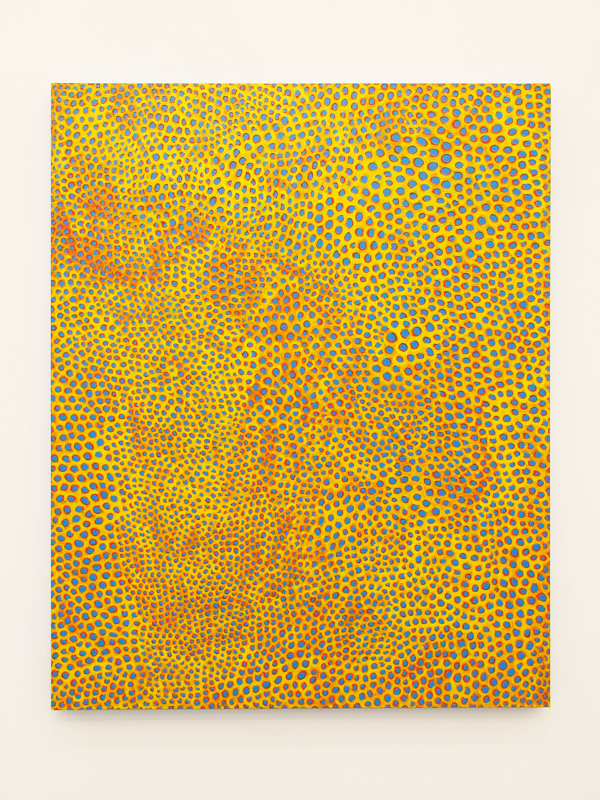 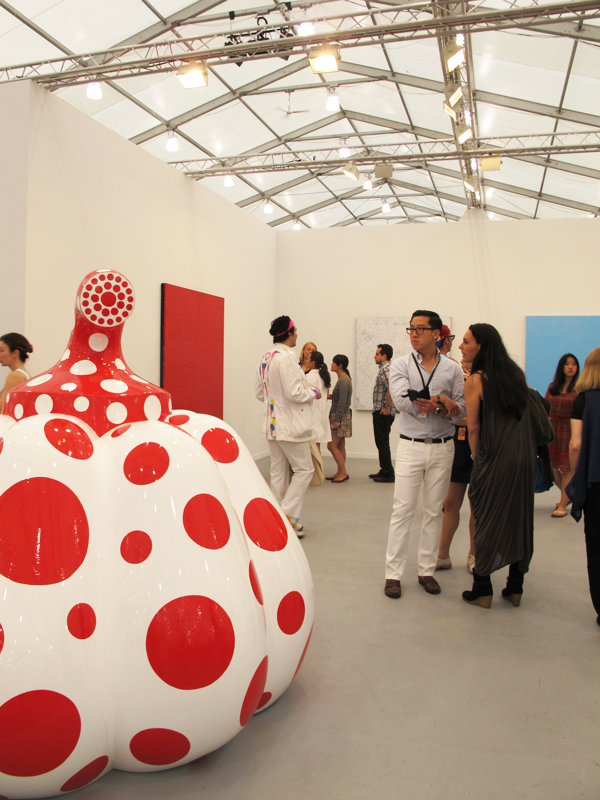 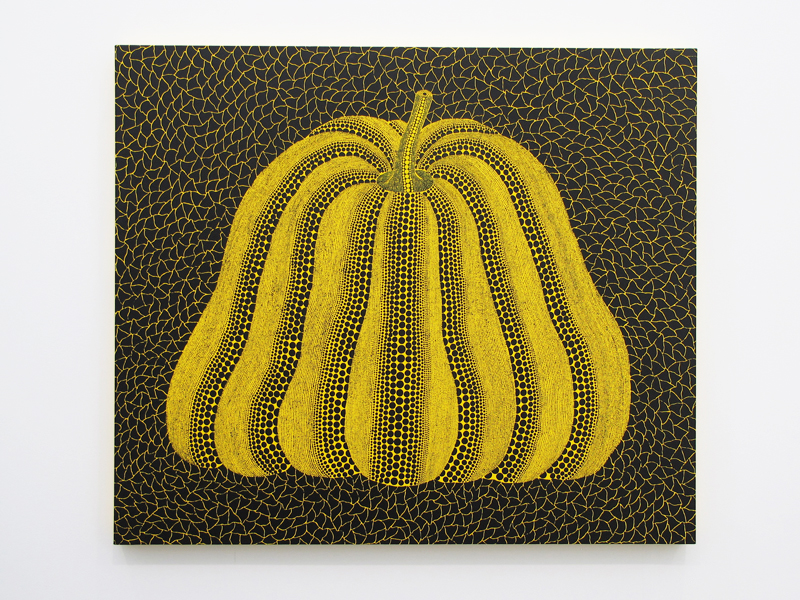 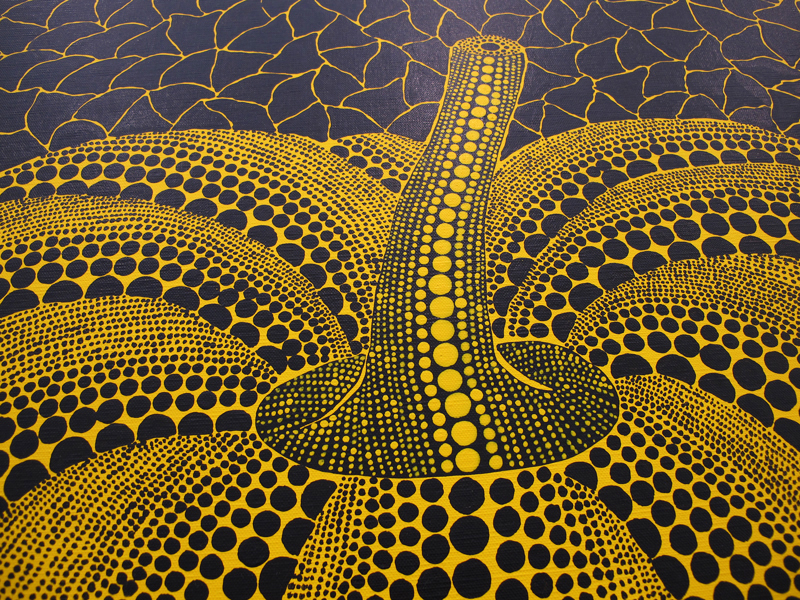 Yayoi Kusama (David Zwirner). Ah, Kusama. Here at the blog, we just can’t get enough of those polka dots. The simple geometry and bright colors of Kusama’s works belie the piece’s darker underpinnings of obsession and hallucinations. And yet, there’s always a certain joy in each of her pieces, for as the artist herself says, “If it were not for art, I would have killed myself a long time ago.”

More images from the fair: 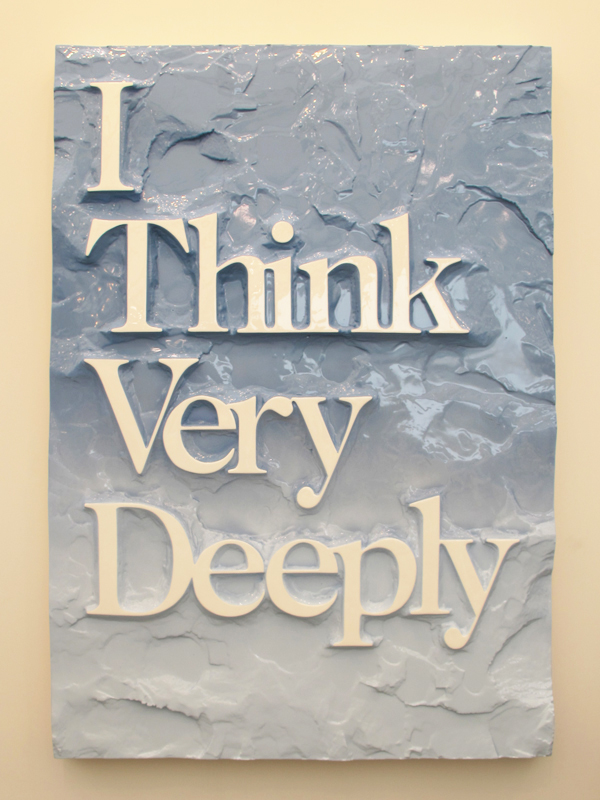 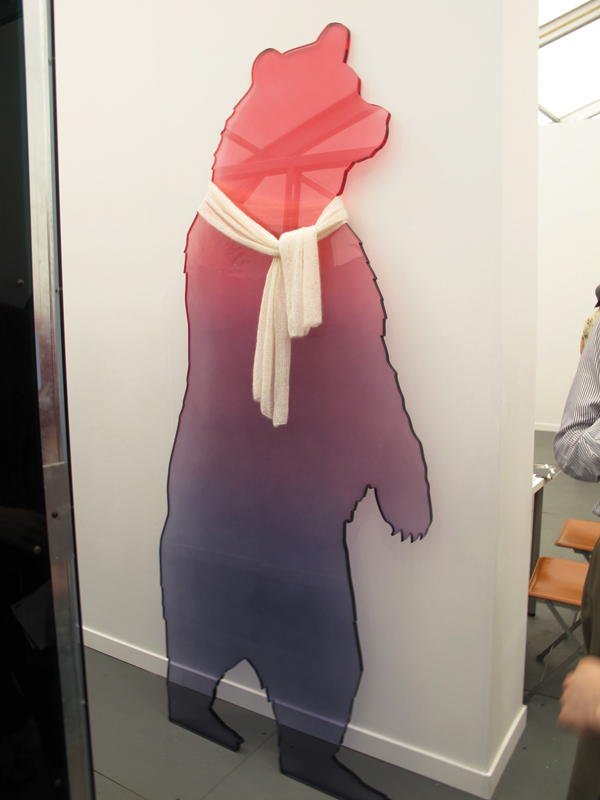 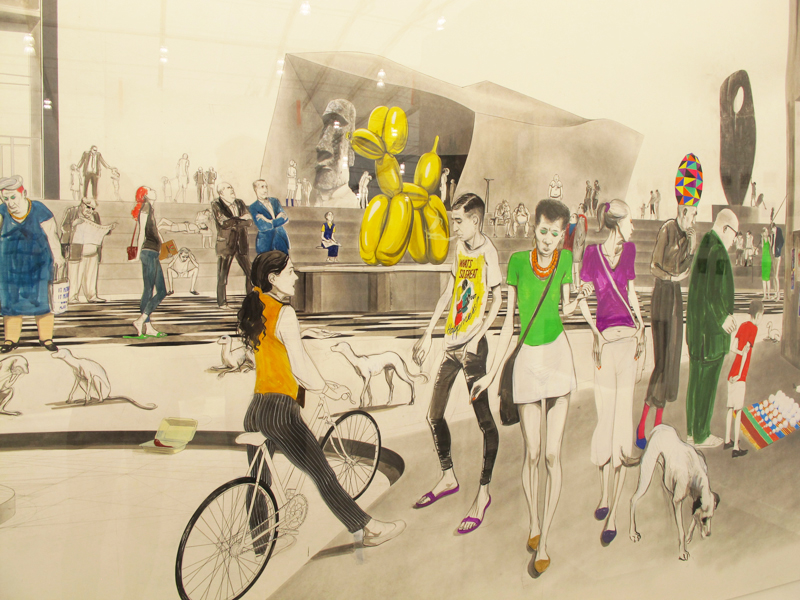 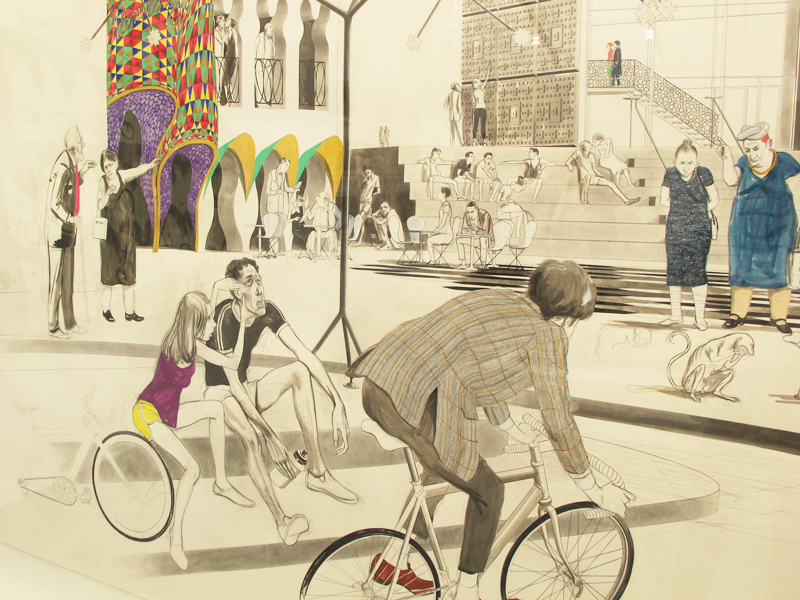 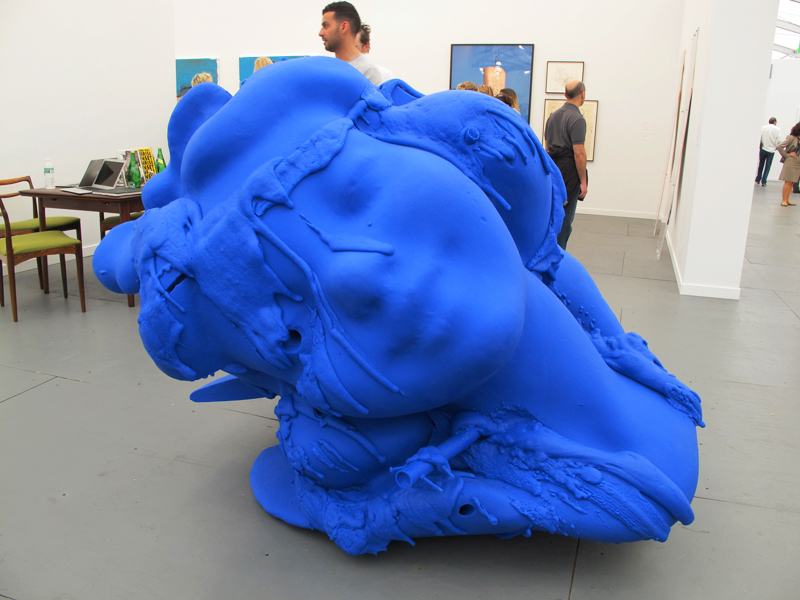 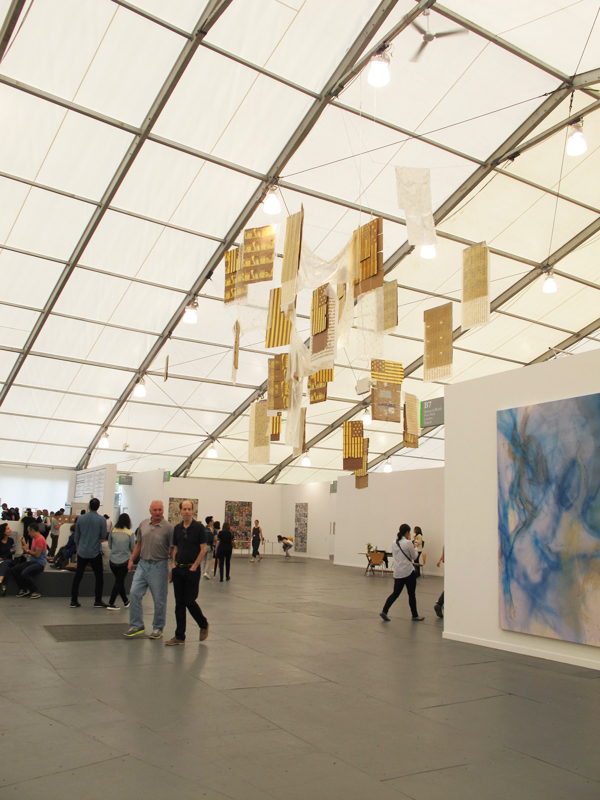 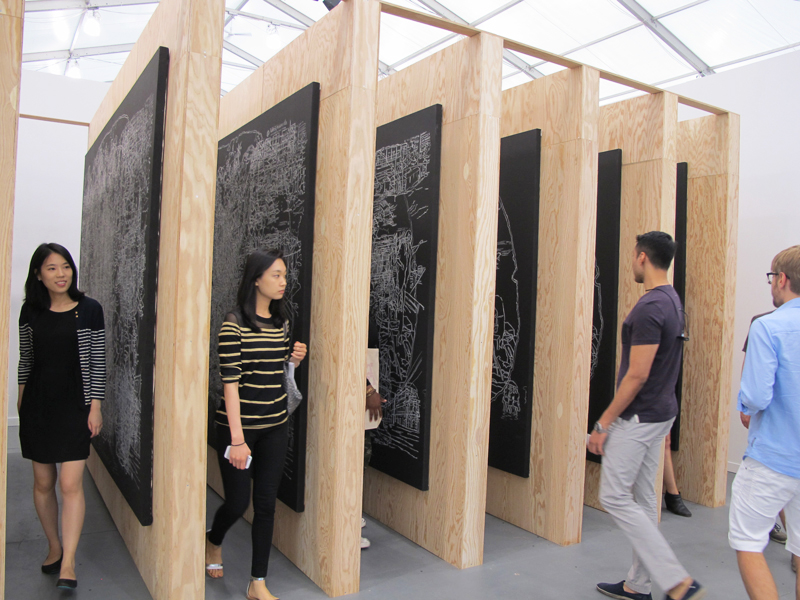 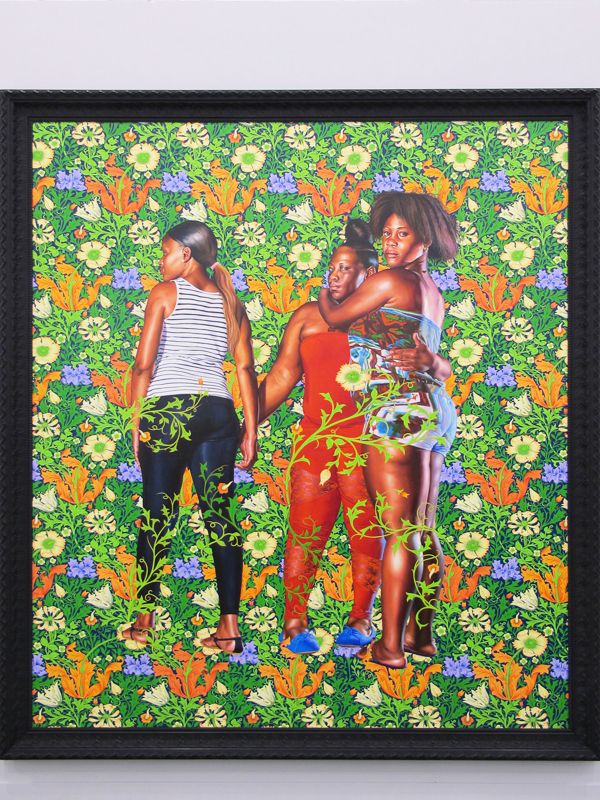 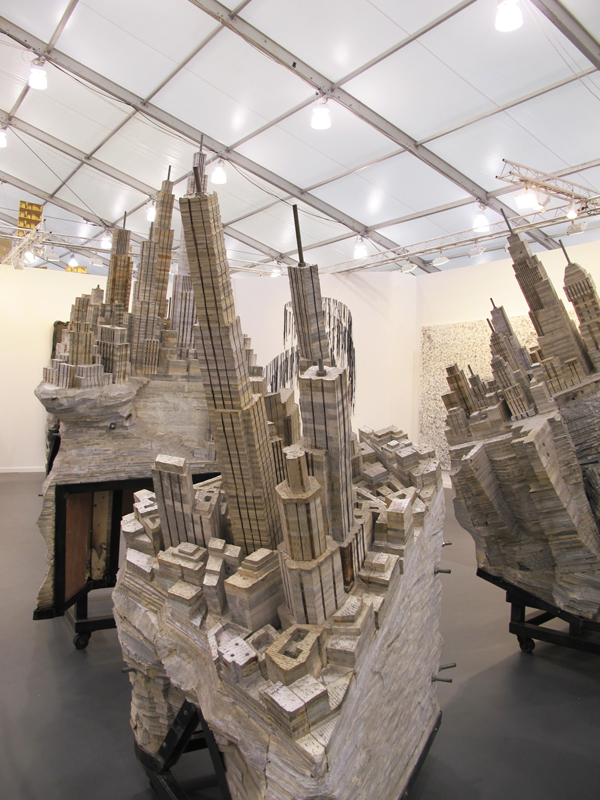