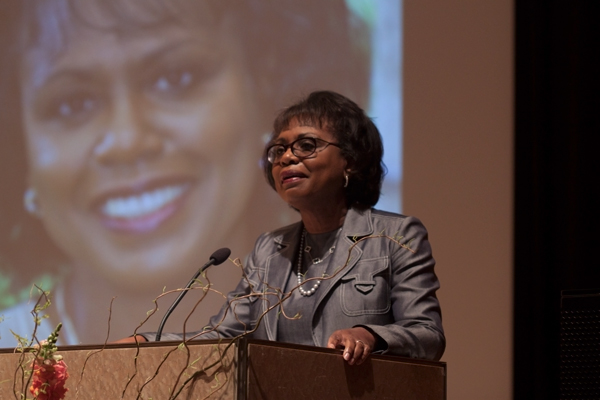 It’s an unfortunate fact that as a woman, I’m entirely too familiar with being sexually harassed. Every day, I fear unwelcome advances as I walk to work, lingering and inappropriate grazes as I squeeze into a subway car, even catcalls as I open the door to my own home. But as a young woman who very recently entered the workforce, I can’t say that I’ve ever really feared sexual harassment in the workplace. I am fully aware that it can and does happen, but I don’t recall ever worrying about the matter like I worry about having to face some man’s sexist commentary as I pass him on the street. I know that as long as I am at work, there are laws to protect me, and if these laws fail to do so, I am certain that through the power of the internet and social media, I can find a support system that will help me find justice. I live in a world where most states highly recommend—some even require—sexual harassment training, and such cases are treated very seriously.

This wasn’t the case in 1991, when Anita Hill faced a Senate Judiciary Committee of fourteen white men to tell her story about the harassment she endured from her supervisor, current Supreme Court Justice Clarence Thomas. Most young women my age are only marginally familiar with the case that sparked a nationwide conversation about the realities of sexual harassment in the workplace, but we benefit each and every day from the results of Hill’s testimony. In the grand scheme of things, protection from such abuses in the workplace is a small victory in the fight to end violence against women and sexual harassment in general. We’re a long way from being able to self-police as a society against misogynistic attitudes and actions out on the streets. But Hill’s victory is no less important, for now we have structures in place to protect individuals in an environment which can be regulated.

Last night, the Elizabeth A. Sackler Center for Feminist Art at the Brooklyn Museum awarded Ms. Hill the Sackler Center First Award. First Lady of New York City Chirlane McCray—who is an ardent feminist writer and activist as well as a former member of the Combahee River Collective—provided opening remarks, thanking Hill for speaking up. “As a result of your bravery, all of our daughters expect to be respected in a way they never did before,” she said. 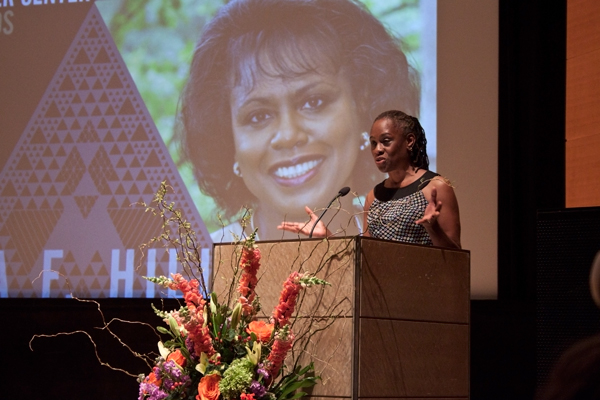 The ceremony began with a screening of Freida Lee Mock’s Anita, a powerful documentary about Hill’s life and the hardships she endured as she dealt with the sexual harassment case against Clarence Thomas. The documentary opens with a voicemail from Thomas’s wife Virginia in 2010, asking that Hill apologize for her actions almost 20 years prior. It’s an ostentatious request, considering Hill had nothing to gain and so much to lose by coming forward with her testimony. And despite death threats, threats of sexual violence, and even being pressured to resign from her faculty position at the University of Oklahoma College of Law, Hill has never backed down from her allegations.

Before bringing Hill onstage, Gloria Steinem spoke about how watching Hill endure the hearings was “one of the most painful times of [her own] life.” Jokingly—or maybe not so much—Steinem coined the phrase “In-Justice Thomas.” Both she and Elizabeth Sackler then presented the award to Hill, thanking her for “telling the truth.” 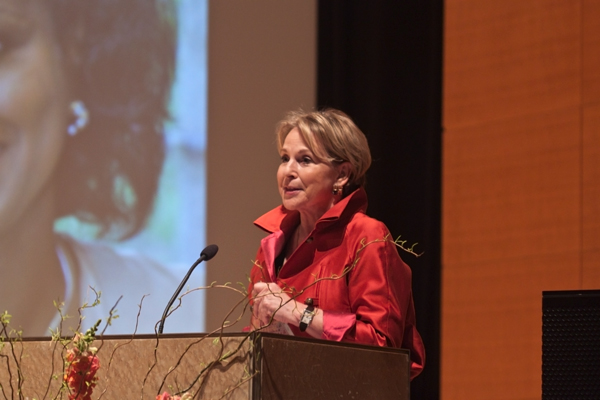 Hill quoted an unlikely source, Kevin Durant, at the beginning of her speech. “We weren’t supposed to be here,” she said, referring to Durant’s MVP speech in which he called his mother “the real MVP.” She talked about her humble upbringings and how she felt like an unlikely candidate to become such an influential voice in the feminist movement. Hill credits her mother for the woman she has become and was delighted that Mock’s documentary “[brought] her back to life.” 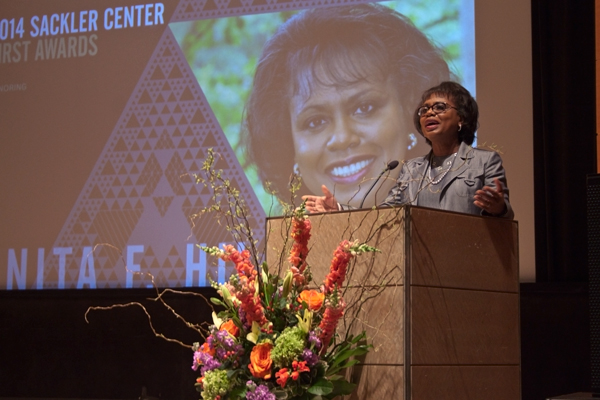 In starting Dinner Party, I wanted to provide a platform for women to speak about topics and issues they encountered or found interesting as modern feminists. Hill’s experiences and her strength reminded me of the importance of being able to tell our stories as women in our own terms, without aggravating questions from senators trying to belittle us or insulting insinuations from the media trying to destroy our credibility. Hill has certainly encouraged me to keep on with this humble publication. Some days, two hundred people might visit the blog. Others, only two. But today’s feminists have strong and powerful voices, and if I can, in even the most minuscule way, help amplify those voices, I’m happy to do so. 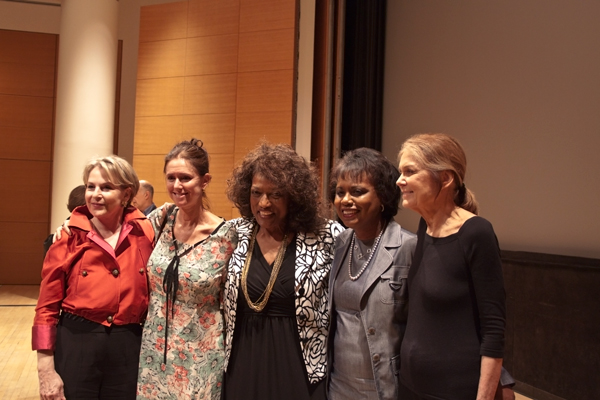