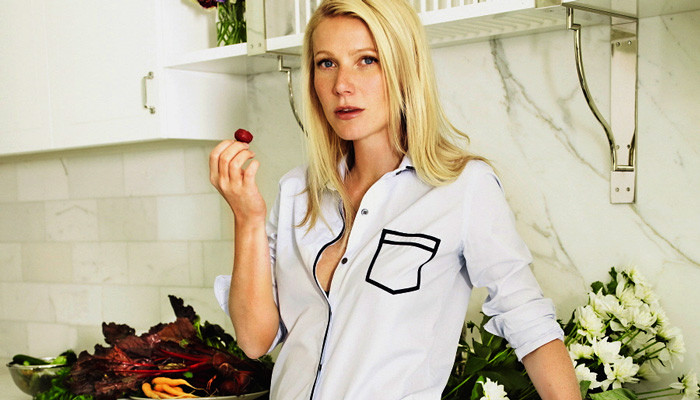 Now, I don’t know Paltrow’s intentions with her picture or her participation in the #FoodBankNYCChallenge. She could have meant to start a real debate about food access, she could just be bored and want a new Goop entry. As someone who has tried and failed at the SNAP challenge, I believe her heart’s in the right place and, whether she meant to or not, her grocery cart was a well-timed commentary on food issues in the US. Call her participation patronizing, say that she bought the wrong type of food, say there wasn’t enough of it, claim it’s the “most Gwyneth thing ever,” but do not discount the fact that activism is taking place. People are taking this challenge, donating to a very important food bank in the community, and beginning a conversation on food.

In a time where “clean eating” is heralded with moral superiority, we see that eating that way on a food-assistance budget is nearly impossible. When obesity is on the rise among the lower income brackets, who often face criticism for their unhealthy choices, we begin to understand why you might make those choices when the $29 healthy alternative is placed in front of us. When we see how accessible fresh fruits and vegetables are to someone who doesn’t actually need public assistance, we recognize how inaccessible they are to someone who does. So, thank you, Gwynnie. I’m with you on this one.

Mario Batalli has started a challenge this week to live off of the federal allotment of food stamps for all of your meals. That’s feeding yourself three meals a day for seven days on only $29. The most controversial participant has been, not surprisingly, Gwyneth Paltrow. The common butt of my jokes about privilege and complete obliviousness, Paltrow and her highfalutin’ sensibilities seem somewhat patronizing. Her support of pseudoscience is downright frustrating. Her recipes come together and read as something that would not taste good, but be much prettier than what I had for dinner last night. And let’s face it, Goop is just silly. It’s for people like Paltrow to be more like Paltrow.

All that said and done, I understand why she would bring about a lot of hate with her publicized attempt at the food stamp challenge. However, this time, I am in the Slate camp and find it completely uncalled for. In fact, I applaud her participation because with a single photo on Twitter, she has deftly revealed the nuanced situation faced by many recipients of food stamps. She has started a real conversation about food access in the United States, only we’re too busy being annoyed with her to realize it.

To begin, the photo: a dozen eggs, dried beans, rice, peas, a sweet potato, green chili, an onion, an avocado, a bunch green onions, a single ear of corn, a tomato, a head of garlic, a package of tortillas, kale, romaine, a bunch cilantro, and seven limes. It’s very pretty when all laid out together and looks like it would make for a couple of delicious, if sparse, meals.

So far, Paltrow has faced backlash for the type and amount of food she purchased. Authors say she has gotten poverty wrong. They claim that, because she doesn’t have the food that would actually be purchased on food stamps (i.e., she has fresh fruits and vegetables over processed foods), she has totally missed the point. To which I say, that was the point. The point of the food stamp challenge is not to eat the way recipients of food stamps eat. The point is to try to eat the way we eat, on their budget, and feel good the entire week. The point is to create empathy, to understand why people have to resort to high calorie, processed foods, and, yes, maybe even to feel hunger.

Obesity prevalence in the US is clearly stratified by socioeconomic status. In the current environment, the poorer you are, the more likely you are to be obese. This has to do with several factors, of which diet is only one. People have to resort to high calorie, processed foods for convenience, the price, and to make it through the day. A single working parent may choose to go to a fast food restaurant for her children at the end of the day because s/he is exhausted, has little cash left, and can get a lot for a little. Others, as Terrence McCoy at The Washington Post pointed out, choose processed groceries from the Dollar General because that is what was available to them.

Unlike McCoy, I don’t see the abundance of greens as an issue with Paltrow’s picture. Rather, I look at how much fresh food she could purchase for $29 and I think, man she’s gonna be hungry. Indeed, it was calculated that her caloric intake would drop to 1,000 calories a day with her supermarket fare. To her critics, this paltry intake was another problem. For me, it was a good thing. Maybe what we need to feel is the unrelenting hunger that 14% of households and 15.8 million children in America feel every day. Maybe Congress should have to eat 1,000 calories a day and see how well they work, both together and functioning as an individual. See how much energy they have, how much stress they feel, and how well they perform at their jobs. Then offer them a Snickers and see what happens.

We berate recipients of public assistance for their health status because they don’t have to buy foods that are so bad for them. They’re choosing to buy the unhealthy stuff, so their health is their fault. So, I say, thank you Gwyneth for showing all of us that, if a food assistant recipient were following an “acceptable” diet, they would only be eating 1,000 calories a day.