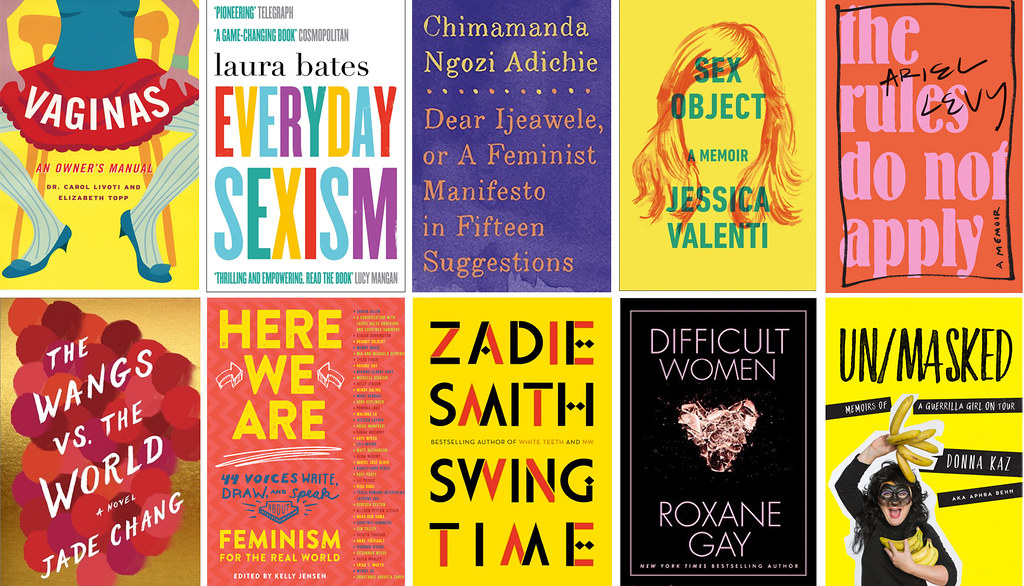 There’s a lot going on in honor of International Women’s Day, but if you’re unable to participate in today’s many, many activities, know that it’s totally 100% okay. As a friend so aptly put it, “[M]any (if not most) women do not have the luxury of not working or not engaging in unpaid/paid work on International Women’s Day.” May we suggest as an alternative that you head to your local library and pick up a book by a female author? After all, there is still very much a palpable bias against women in the literary world. Below, you’ll find some suggestions, compiled from DP contributors’ personal favorites from recent releases (as well as an older, but no less informative pick).

Vaginas: An Owner’s Manual by Carol Livoti and Elizabeth Topp. An oldie but goodie, this resource from an OB/GYN-writer (also, mother-daughter) team discusses sex, abortion, STDs, and other anatomical matters in a conversational, no-nonsense manner. Do note, however, that this book is largely geared towards cisgender women.

Everyday Sexism by Laura Bates. This book stems from the online project of the same name and combines smart political writing, a wealth of vital statistics, and compelling personal narratives for a globally-minded view of the discrimination women face on a daily basis.

Dear Ijeawele, Or A Feminist Manifesto In Fifteen Suggestions by Chimamanda Ngozi Adichie. Adichie’s latest effort began as an actual letter to a childhood friend, covering a range of matters from gender roles and choosing toys to the Black diaspora and developing a sense of identity.

Sex Object by Jessica Valenti. Blogger and feminist writer Valenti covers much the same ground as Everyday Sexism, albeit through the intimate lens of a memoir from a woman who has so often found herself the target of hostile threats in a public forum.

The Rules Do Not Apply by Ariel Levy. A Bechdel-approved memoir, New Yorker writer Levy recounts a tale of womanhood, grief, and remarkable resilience in this darkly humorous tome.

The Wangs vs. the World by Jade Chang. Chang states that she “wanted to write a different type of immigrant story” for her debut novel, a clever, hilarious effort that will both tear at your heartstrings and make you laugh out loud.

Here We Are: Feminism for the Real World by Kelly Jensen. Jensen compiles forty-four of the best feminist essays, poems, comics, and drawings for a volume that features such diverse perspectives as Roxane Gay, Laverne Cox, Wendy Davis, and Wendy Xu.

Swing Time by Zadie Smith. Through the eyes of an unnamed narrator, Smith offers a graceful, globe-trotting narrative with her latest effort, a novel peppered with social commentaries that she has touched upon in the past but now tackles head-on with a confident sophistication.

Difficult Women by Roxane Gay. Never shying away from provocative titles (re: the Chris Brown essay), Gay’s short story collection examines the lives of women and their intersections with matters of race, gender, and class.

Un/Masked by Donna Kaz. Playwright and Guerilla Girl Kaz (a.k.a. Aphra Behn) tells her story of abuse, survival, and her awakening to radical feminism in this poignantly honest memoir.