One Day in a Nation of Guns: Grappling with the Aftermath of Las Vegas 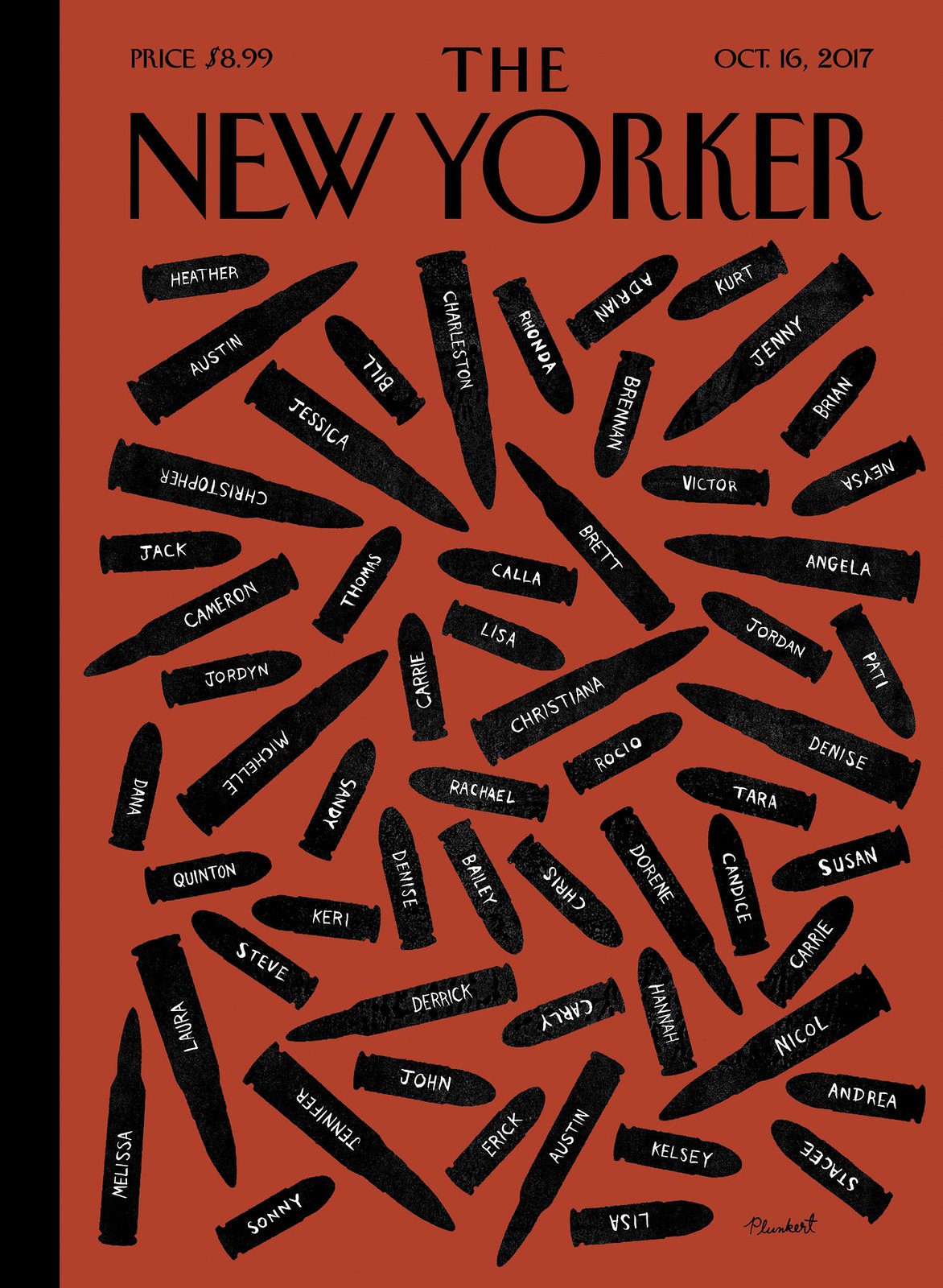 Sometimes, a tragedy is so immense and unfathomable in scope that it becomes a challenge to process what exactly has happened, much less how to move forward. Such seems to be the case for many in the wake of the Las Vegas shooting last week, which claimed 58 lives and injured at least 500 others.

Artist David Plunkert’s cover for the latest issue of The New Yorker, titled “October 1, 2017: One Day in a Nation of Guns,” attempts to confront emotions that many of us are currently wrestling with at the moment—sorrow, anger, bewilderment, hopelessness, and fear among them. At the same time, the work underscores the undeniable epidemic of gun violence in this country: The Las Vegas shooting was the 337th mass shooting on American soil this year alone.

At this point, any sensible person knows that “thoughts and prayers” aren’t enough to fix this rapidly worsening problem. (For more on what science says about that uniquely American platitude, check out this article on The Atlantic.) And as The New Yorker’s Ryan Lizza points out, “Mass shootings are so frequent in America that the political responses to them have become ritualized to the point of parody.” So then, what are we to do? Where do we begin? Of the first question, I only wish I had an answer. Of the second, maybe we should return to the history books and review how we got here in the first place to figure out how things took a turn for the worst—and perhaps what we can do to change course. Here are some reading materials to start.