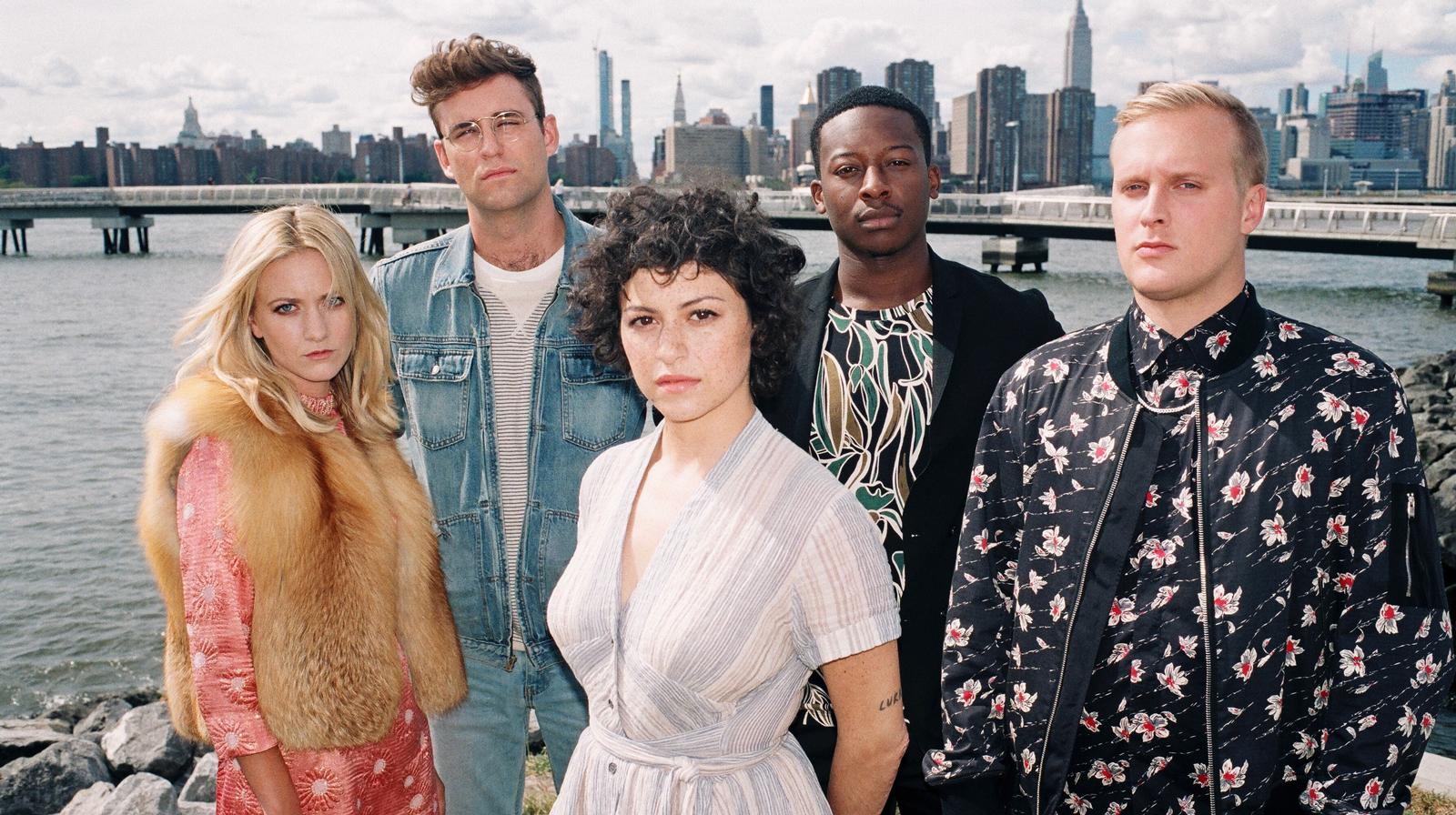 There’s a scene in the very first episode of the TBS show Search Party where protagonist Dory Sief (Alia Shawkat), looking straight out of Beacon’s Closet, enters an NYC rooftop party through an open window, joining other thriftshop-clad millennials who are trying to impress each other IRL with padded resume credentials and Instagram-ready “candid” poses. The party paints an ugly caricature of today’s city-dwelling, college-educated twentysomethings—and yet there’s something endearing, if painful, about the scene, particularly if you are a city-dwelling, college-educated twentysomething.

I’ll be the first to admit that I’m not a big fan of binge-watching. Something about sitting in one place for an extended amount of time and doing the same thing over and over (flop on couch, pick up TV remote, press play, adjust throw pillow, repeat) doesn’t fit well with my restless, ever-multitasking personality. But, as I was prepping to cover the Vulture Festival this weekend, I found myself glued to the couch cushions for almost an entire season’s worth of Search Party episodes. And before you say anything, yes I know I’m about a year late to this party—but better late than never, right?

Generally speaking, the plot of Search Party revolves around a group of post-grads who find themselves immersed in a search for a missing college acquaintance, Chantal Witherbottom (Clare McNulty). But the premise of a mystery only scratches the surface of the show. Dory, an aimless and initially quite boring young lady, drags her friends along to try and find a girl whom they barely remember, largely because she doesn’t have much else going on in her life. You don’t really feel any sympathy for her plight—particularly after seeing her carefully curated Brooklyn apartment—and the show doesn’t try to ask it of you either.

The same could be said of Dory’s inner circle. Elliott (John Early), a narcissistic multi-hyphenate wannabe, mostly shrugs off Chantal’s disappearance, but then turns around and posts about his “shock” on Twitter: “Sad news about a sweet girl. Keep an eye out, people.” Portia (Meredith Hagner), an Upper West Side white girl who plays a Latina cop on network TV, accepts a sympathetic hug during the rooftop party even after previously admitting that she didn’t much care for Chantal, who was supposedly “jealous” of her in college. Drew (John Reynolds), Dory’s live-in boyfriend, waffles between bumbling nice guy and oblivious-to-the-point-of-inconsiderate man-child. And Julian (Brandon Micheal Hall), Dory’s offensively blunt ex, isn’t that much better, even if he is the only character that seems to have any sense of purpose.

It’s a little like watching a car crash in slow motion, each character hurtling towards a demise of their own creation. But still, you can’t help but like them, root for them, identify with them—even when they do reach peak trash person status. Dory and company are like those friends whose texts you always read with an exasperated sigh, followed by a major eye roll, but you still read them anyway and always, always answer. These characters embody that gross, selfish part of you that you like to pretend doesn’t exist but tends to come out in moments of crisis, or drunkenness, or both. And arguably, though Dory and her friends aren’t entirely unlike the egocentric characters on HBO’s Girls, they do seem to have somewhat of a greater capacity for self-awareness and empathy—even if their self-indulgent tendencies sometimes derail their best intentions.

Search Party co-creators Sarah-Violet Bliss and Charles Rogers are masters of millennial-skewering satire, having first flexed their chops to a wider audience in the 2014 feature film Fort Tilden. Add comedic expertise from veteran funnyman Michael Showalter, some film noir sensibilities, a pinch of mumblecore, a dash of jump-scare thriller, and just a touch of some very dark absurdist satire, and you’ve got a genre-bending show of epic proportions, wrapped up neatly in subtle episodic morsels of razor-sharp commentary on the show’s targets. Which are, let’s be real, often city-dwelling, college-educated twentysomethings. But we probably deserve it anyway.

Search Party returns for a second season on Sunday, November 19th. If, like me, you need to play catch up, the entire first season is available on TBS.com until the season premiere.