Ladies We Love: Catching Up with Emily Lee 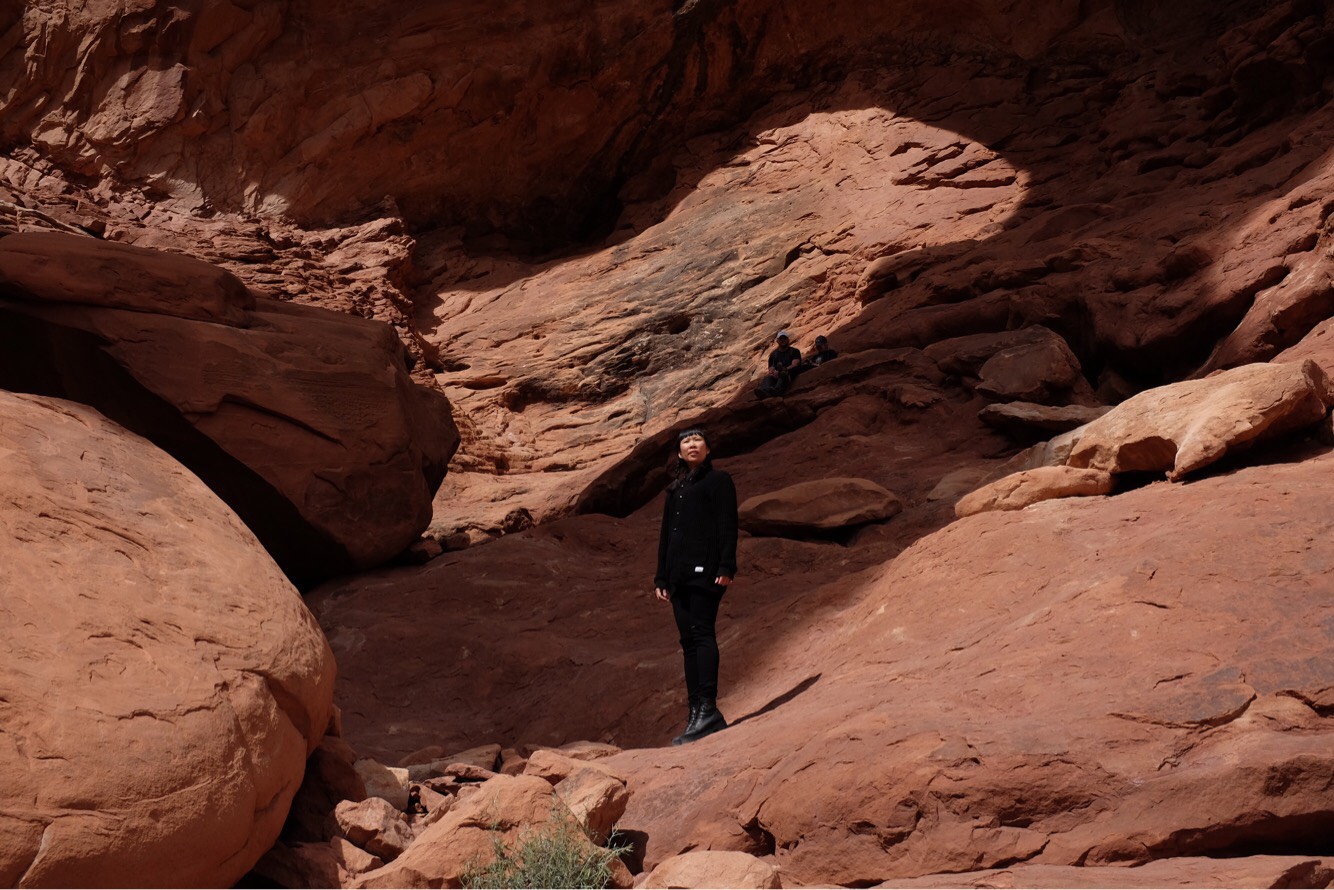 Representation matters. We’ve certainly discussed it before on the site, and I’m not planning on stopping anytime soon. And if you don’t believe me, or even the experts, take it from Dinner Party’s Ladies We Love alumna Emily Lee. Even after touring the world as a musician, as well as working on the music for an Oscar-nominated documentary, she still finds herself moved, and perhaps a bit spellbound, by fellow rocker Mitski’s success—so much so that she requested if I could maybe not print the exact number of how many times she’s seen—and cried at—Mitski’s shows.

Along with my friend and fellow Asian American feminist Willa Zhang, I caught up with Emily in Los Angeles on one of her first stops on tour with new band Loma. Read on for more about New York vs. Los Angeles, post-election politics, and three Asians unapologetically geeking out over getting a taste of representation.

Last time we talked, you were on tour with Shearwater, and right now you’re on tour with Loma. What else have you been up to lately? Well last year, I took the whole year off from touring with Shearwater since Jonathan [Meiburg] is working on his book. And last time we talked, I was still on leave from my old job at PBS. Since then, I quit that job to be a musician full-time, but I also do freelance music supervision work, which is what I was doing at my old job. So last year, I music supervised two documentaries, and one of them was nominated for an Academy Award.

That was Knife Skills, right? Yep. It was the first one I did last year. It’s like, how did this happen?

You’re gearing up for a very long tour with Loma. What is touring life like? Well luckily with this group, we’d all kind of toured together with the Shearwater tour, and Loma is made up of members of Shearwater and members of Cross Record. It’s been great—well, I mean we kind of just started—but I feel like we’re all friends already, and we all know each other. These members, there’s no weirdness. Everyone’s really open, no tension. And there’s seemingly a lot of room in the van right now, which is really nice.

Where are you the most excited to go on this tour? Oh man, I’m actually really excited to be here. The place that we’re staying in Santa Monica is just, you know, being a New Yorker, I’m just like, “I could never imagine moving to L.A.” And I’m always like, “I hate L.A.” But this place in Santa Monica—it has a pool, and the only thing I want to do is wake up in the morning, go outside, lie by the pool in the sun, and read The New York Times. It’s the thing I want to do. And today, we went to the beach, and the people we’re staying with are like, “You seem so natural as a Californian.” And I’m like, “I don’t drive though.”

That’s fair. It’s sometimes the deal breaker if you want to move to California. Exactly. I don’t like driving. And then there’s all that traffic…

I feel that. It’s a real roadblock. It’s not something to take lightly. Yeah, that’s the thing. It’s like, oh in New York, I just have to hop on the subway and can be somewhere in like 40 minutes. But I literally drive one to five times a year. It’s to drive my mom around during the holidays.

Since we last spoke, I feel like there have been more breakthroughs with female musicians of color, especially Asian Americans. I don’t know if it seems that way because I’m more in tune with it, or if you can just come across this music more easily nowadays. But, I guess, do you have any current favorite female musicians of color? On that last Shearwater tour, I got insanely, intensely devoted to Mitski. Like intense. I’ve seen her in concert at least five times.

Whoa, that’s a lot. That’s devotion. I know. I know. Can you make that number a little smaller? I don’t want her thinking I’m crazy! But yeah, her music really spoke to me. And, “[Your Best] American Girl,” I think every time I hear that song or go to a show, it’s just, tears. I don’t know what touches me so hard with her music, but I’m like, “She understands me.” It’s amazing. I don’t understand…

I’m like, “This is what it’s like to be represented.” You know, I feel that in the past, I never really sought out representation. I just thought, oh, you know, we were just not in that world so much, and that’s fine. My favorite artists aren’t Asian American women. But once one hits, you’re like, “Oh my God.”

It’s when you get a taste of it. Yeah, it’s like Fresh Off The Boat. Where has this sitcom been all my life? It tells my entire family’s story.

I feel with a lot of Asian Americans, we all had this collective awakening of like, “Oh we could, we could be on TV.” I didn’t even know that I should dream about that. I think that was a huge thing to unlock first—you should want that first, and then you can go get it. But if you don’t even know you should want it, you can’t go get it. Right. In those, you know, Caucasian sitcoms, that was the norm. And growing up in a very white suburb in New Jersey, it just felt like that is the representation, that I identify with this white culture, but now seeing this actual story of people that are very similar to my—well our, probably—backgrounds, it’s like, “Oh wait, no, they weren’t telling my story. This is my story.” Oh another artist—Awkwafina.

Yes! I think I saw her in a Gap commercial recently? I know! She’s getting huge. She’s in that new Ocean’s movie? The remake.

I love her rap videos on YouTube. I’ve watched them so many times. And she has that podcast, er, it’s more of a video thing. Yes! “Tawk” is so good!

Last thing—I know Shearwater’s never been shy about political leanings, but I feel like lately, especially after the presidential election, it’s pretty explicit on social media how the band feels about things. Do you feel that as a musician, you have more responsibility now, more than ever, after the election, to speak up? I never thought about that, but yeah. Yeah, totally. Because as public figures, I mean, I am in control of the Shearwater Twitter and Instagram accounts. I let Jonathan do most of the political things because I don’t want to speak for him even though he says I totally can, but I do feel like when we speak, when we say something, there’s so much response. It feels like people really appreciate having people who have a platform speaking out.

And I feel like it’s so hard. I mean, you know, we all—many people are feeling the same way, and to have an artist say it and then be able to collectively comment on that artist’s post, it forms this other type of community around the thing you’ve already said is your community. So if you’re a fan of this band, and this band says something that you agree with, and then those fans, your fans are like, “Oh yeah, we totally agree on this other thing.” And I think that’s, it’s like, I do think it’s important to build this…

Emily is currently trekking through Europe with Loma. To see the band perform live, check out their tour dates here.