Florence + The Machine Reigns in the Hurricane in Latest Album 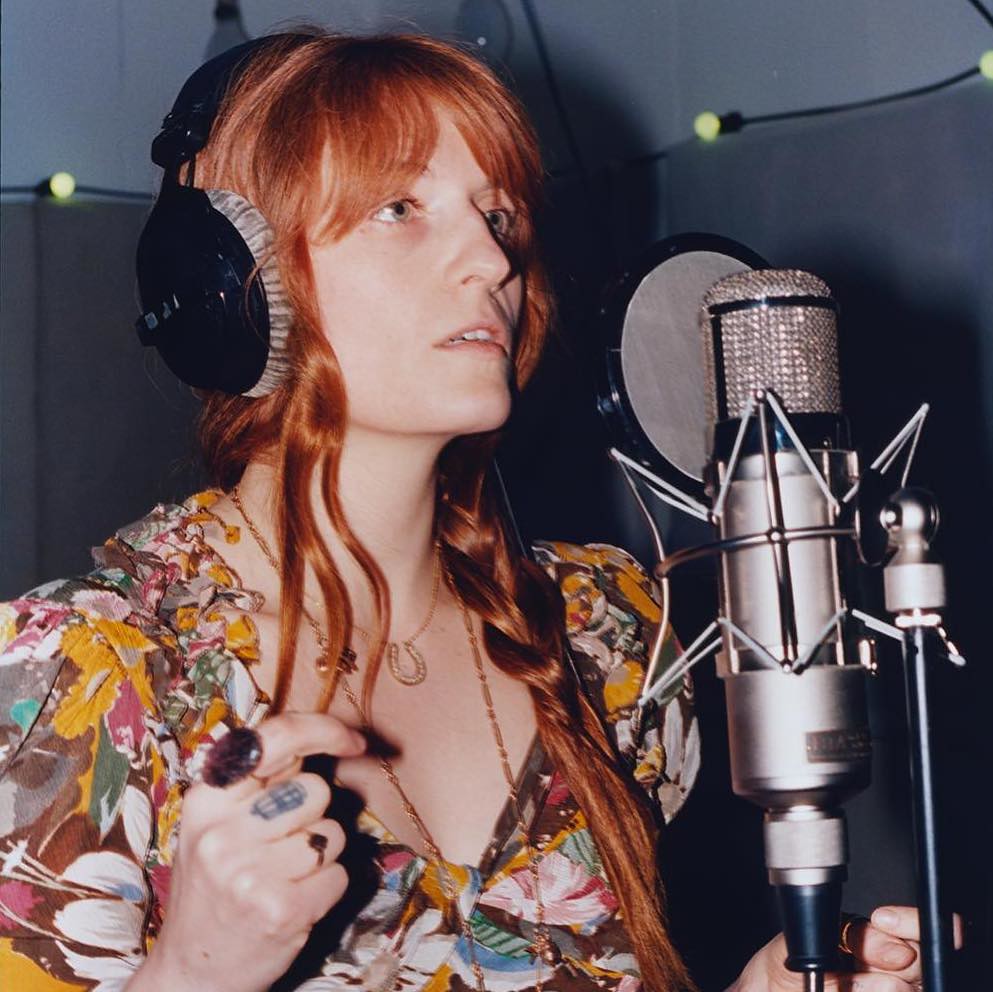 Florence + The Machine released High As Hope, the band’s fourth full-length album, a little over a month ago, but I’ve already listened to it at least one hundred times. (This may be an exaggeration, but only slightly.) It is incredibly difficult, in the year 2018, to create a body of work by this title without begging the question, “Have you been paying attention?” But a careful listen to the album’s lyrics reveal that songwriter and vocalist Florence Welch has—deftly weaving together the personal and the political to create what is arguably her most honest, raw, and vulnerable release to date.

Welch sets the tone for the album with “June,” a song which made me cry—in public—on my first listen. I felt myself transported back to the emotions I felt in the aftermath of the Orlando massacre, in my first serious and public relationship with a woman, our love feeling very much “like an act of defiance.” Similarly, “Hunger” opens with an immediate punch to the gut (“At seventeen I started to starve myself”) and goes on to poignantly explain, “[A]t least I knew then the hunger I felt / And I didn’t have to call it loneliness.”

These small glimpses into Welch’s personal life endow many of the tracks with a sort of heartbroken nostalgia—the kind that seems to seek atonement at each turn down memory lane. “South London Forever” takes a sober look back at Welch’s old drinking haunts, while “Grace” plays on the multiple meanings of the name in an apology letter to her little sister. Even “Patricia,” a tribute to Patti Smith, feels steeped in wistful memories, as Welch affectionately calls the icon her “North Star.” Sprinkled amongst these deeply personal musings are vague references to current political turmoil, most notably with “100 Years,” a song of personal empowerment painted against a scene of revolutionary rumblings: “Funerals were held all over the city / The youth bleed in the square / And women raged as old men fumbled and cried, / ‘We’re sorry, we thought you didn’t care.’”

While “End of Love” gives us stirring violins and haunting choral harmonies, and “Big God” delivers Welch’s signature powerhouse vocals, the latest album as a whole shares more in common with its immediate predecessor, How Big, How Blue, How Beautiful, than the thunderous, glittering anthems of Florence + The Machine’s first two releases. These are carefully calculated reflections, a tad more restrained compared to the frantic violence of a song like “Hurricane Drunk,” from debut album Lungs, or the drama of sophomore album track “What the Water Gave Me.”

Welch ends High As Hope with the laid-bare simplicity of “No Choir.” In this track, her lyrics and vocals hold their own, giving a glimpse of what sustains Welch through seemingly hopeless times. I listened to this song after a weekend spent reconnecting with dear friends and found my heart, already so full of love and gratitude, stirred by this stripped-down ballad.

My only true disappointment with this release is its brevity. At just ten songs, High As Hopeclocks in at under forty minutes—by far the band’s shortest album. However, what Florence and Co. are able to accomplish in that brief period of time speaks for itself.

June also brought the release of Welch’s book Useless Magic, a collection of poetry and lyrics. The title comes from her experience of writing lyrics that are often prophetic in nature, though she herself is not able to make those connections until later; she describes a kind of “magic” to it, but it is not actually useful to her. Perhaps that is true in her experience, but I certainly have found countless practical applications for her gift. And I know that I’m not the only one for whom Florence has become something of a “North Star.”