On Sweet Valley High, Chris Brown, and Being a Bad Feminist with Roxane Gay 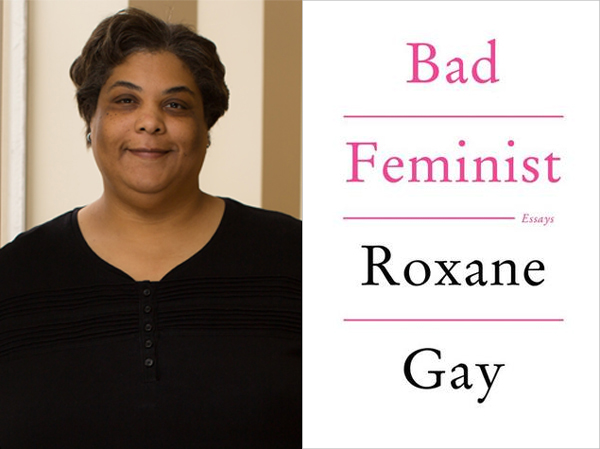 I came to realize that I might be a “bad feminist” around the same time Beyoncé’s surprise album dropped. I loved the album. I mean, I liked Beyoncé a lot before the 13th of December 2013, but the album led me towards a whole new realm of fangirldom. As always, the tuneage was excellent, but what got me hooked were the lyrics. It was so empowering for me to hear a young married woman of color (like myself) declare herself a feminist (like myself) and still manage to be this incredible sexual being (like what I really, really hope to be in the bedroom).

A few days later, the critics emerged. Not just of the Pitchfork sort, but the cultural pundits as well. Beyoncé has always been a polarizing feminist figure. With the album’s explicit avowal of the basic tenets of feminist (see “***Flawless”), however, the debate between her vocalized beliefs and her hyper-sexual public persona came to a head. Feminists everywhere either tried to revoke her feminist card or came to her defense. Mikki Kendall at The Guardian declared that “Beyoncé’s new album should silence her feminist critics.” Black Girl Dangerous wrote on that deeply problematic reference to Whitney Houston and domestic abuse. bell hooks voiced her distaste over Beyoncé’s act as a whole—eventually culminating with hooks calling Knowles an “anti-feminist terrorist” in a panel discussion last May.

I began to wonder if my feminist card should be revoked for loving—or worse yet, feeling empowered by—the album. This line of thinking led to even more self-examination of my possibly less-than-feminist behaviors. Am I a “bad feminist” for being slightly obsessed with the fashion industry (#NYFW)? Am I a “bad feminist” for occasionally jamming out to dirty rap? Am I a “bad feminist” for questioning the amount of time feminists spend on theory? (Caveat: I do think it’s important to study theory when coupled with discussions that involve current real-world situations, such as Kimberlé Crenshaw’s coinage of the term intersectionality and its use in academic discourse; I’m critical of the study of theory that holds real people and their nuanced life experiences at arm’s length, creating a sort of idealistic, academic circle jerk that ultimately cannot be reconciled with how people live their lives. In my own personal experiences, most women couldn’t give a rat’s ass about all this feminist jargon because they either don’t understand it, they don’t have the time and money to understand it, or if they do understand it, it often can’t be reconciled with their daily lives. But I digress.)

These are the kinds of questions that led me to Roxane Gay’s collection of essays, appropriately titled Bad Feminist. In the introduction, Gay declares:

The essays in the collection range in topics from gender and sexuality in The Hunger Games to racial profiling in the cases of Dzhokhar Tsarnaev and Trayvon Martin. “I Once Was Miss America” contains Gay’s recollections of her love for the Sweet Valley High series as a young Haitian girl in suburban America. Gay calls out the faults and biases of mainstream media in “When Twitter Does What Journalism Cannot.“ In the darkly humorous but painfully truthful “Dear Young Ladies Who Love Chris Brown So Much They Would Let Him Beat Them,” Gay talks through the often-times misguided conversations young women have over the Chris Brown/Rihanna incident of 2009.

Drawing connections between literature, movies, television, politics, and pop culture, Gay guides her readers across a sort of curated anthology of very recent history as seen through her eyes. Gay’s feminism is intersectional; she acknowledges that her identity is multifaceted, yet these many layers overlap (and sometimes contradict) to inform her worldview. She is careful to note that though she tries to understand things from other points of view, the essays in this collection are meant to be read as someone’s opinion rather than indisputable fact. This constant reminder of the author’s humanness is one of the factors that makes Bad Feminist so accessible, regardless of the reader’s personal beliefs. After I finished the book, I remember thinking, “I want to tear this thing to pieces.” Not because I hated it—quite the opposite in fact. I loved the collection so much I wanted to share it. The “tear to pieces” bit came about because I thought of a different person each time I finished an essay; since I only had one copy, I considered dividing up the collection and giving each person a specific part of the book. All of these people did not share the same worldview as Gay, myself, or each other, but I knew they could relate on some level to the essays I wanted to share with them.

Above all, Gay shows immense amounts of compassion for her subjects. For instance, despite her strong opinions on the injustices of the Trayvon Martin case, she refuses to demonize George Zimmerman. In “Tragedy. Call. Compassion. Response.” Gay discusses both Amy Winehouse and Anders Behring Breivik, the Norwegian terrorist who killed dozens of people, many of whom were teenagers. Gay reminds us that with these tragedies, human lives were involved, and we should never forget that, regardless of circumstance. “I have never considered compassion a finite resource. I would not want to love in a world where such was the case,” she writes.

Gay is human, as are most of her subjects (or their creators) and her readers. It’s an obvious fact that shouldn’t have to be stated, but we too often forget that behind every book, TV show, political movement, and terrorist act are living, breathing human beings. “Like most people, I’m full of contradictions,” she tells her readers in the final essay of the collection. Flawed as we are, however, she also reminds us that it’s ok to have beliefs—strong ones at that—even though our day-to-day actions may never fully live up to our ideals: “Maybe I’m a bad feminist, but I am deeply committed to the issues important to the feminist movement. I have strong opinions about misogyny, institutional sexism that consistently places women at a disadvantage, the inequity in pay, the cult of beauty and thinness, the repeated attacks on reproductive freedom, violence against women, and on and on….I would rather be a bad feminist than no feminist at all.”