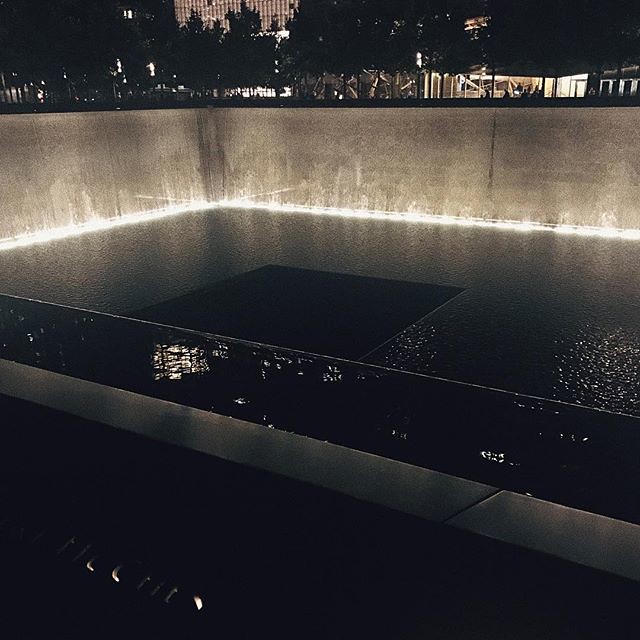 Historical amnesia is dangerous. It’s a phenomenon that wreaked havoc in the immediate post-9/11 aftermath and continues to rear its ugly head in the current political climate. Today, we share with you a moving story by native New Yorker and psychology blogger Jessica Taylor on that fateful day sixteen years ago, when she was just seven years old. I think Jessica would agree that it’s important to remember these events not to incite fear and promote divisiveness, but rather to locate them in the larger narrative of history in order to move forward in a fruitful, generative manner—for all willing to contribute to the betterment of this country.

I just checked outside and the sky looks exactly as it did in 2001. Clear skies. Blue. Beautiful. 7 years old. Math lesson was in full effect. Before being sent off to our tables, the building shook and swayed, lights flickering quickly. Next thing I know, my dad is in the doorway of my classroom. Very confused, nobody told me I had a doctor’s appointment that day. Normally that’s what an early pickup means, right? Wrong. Paps was sweating. Nothing new. Frantic with fear gobbling up his eyes? Of course like most children being able to pick up feelings, and out of sheer curiosity, we begin to question everything in existence.

I wasn’t given a concrete answer as I’m being pulled down the stairs, my arms feeling like they were about to pop off like a plastic doll.

“Our friend is in trouble. Bad people are trying to hurt us.”

Finally, running outside, we encounter a man who was covered in dust. Filthy. It looked like he took a swim in a vacuum cleaner.

Being exposed to more people in fear, still confused, man begins to stutter: “I-I-I-I don’t know. I was on my way to work, and the building just fell!”

Anyone who knows my black ass father knows in the summer he always carries a damp wash cloth to wipe his face when he was too hot. It always sat around the back of his neck like an accessory. He gave it to the dusty man, who wiped his face, thanked him, and stumbled away. We were now going to my great-grandma’s house. My dad insisted I leave my book bag there while he tried to round up my grandmother. They were arguing. I walk throughout the apartment, and the woman is calmly putting up her clean laundry over a rack she had in the shower.

“I’m not leaving Charles. If I’m meant to die today, I will die in my own house!”

I go to my uncle’s room at the time, at the end of the hall and checked out the window. Debris. Ashes. Large, grayish clouds. It was still very silent outside…….

Now I’m beyond distressed. My grandmother is staying home, and I’ve fully picked up that everyone is scared about something. If the adults are scared, I should be too.

On our way to meet with my mother was when I saw it. Everyone in the area stopped, looked up, and I swear to God it was just like a movie. We all witnessed the second plane crash into the South Tower. I can’t even begin to explain the noise, but it still haunts me.

My dad screams, “Ruuuuuun!” And I begin to push my little legs, trying to keep my eyes forward. It was hard to focus when everyone was screaming, crying, and running like animals. My mom had put sandals on me (which she constantly tells me to this day she regrets doing) and while running, I tripped and scraped my knee. I was crying harder, and my dad picked me up and threw me on his shoulders.

We were now on the corner of Catherine and Monroe, and we met my mom who was also crying hysterically, claiming that their friend Shaz was in one of the buildings. People are still running and crying all around us and beginning to vacate the area. It was decided that we go to my aunt’s house who lived on Pitt Street. Perhaps 20 minutes away from where we lived.

Concrete barricades upon barricades made the journey long and tiring. Phone lines were taken down entirely, and my little seven-year-old mind still wasn’t processing anything. I just wasn’t sure who would do this and how this could ever happen.

It is a haunting day that I’m doomed to remember and reflect on for the rest of my life. Conspiracy theories lie awake, floating on the internet even past the anniversary date, and it really makes you think.

Yet, you can’t escape it. This is one reality me—and millions of New Yorkers who witnessed and lost loved ones—cannot escape. So many freak stories about people not going to work that day because of some extraneous reason. I mentioned a woman in the story—Shaz. She’s okay. She didn’t go into work that day because her husband Junior had fractured his ankle, and she had to stay home to care for him.