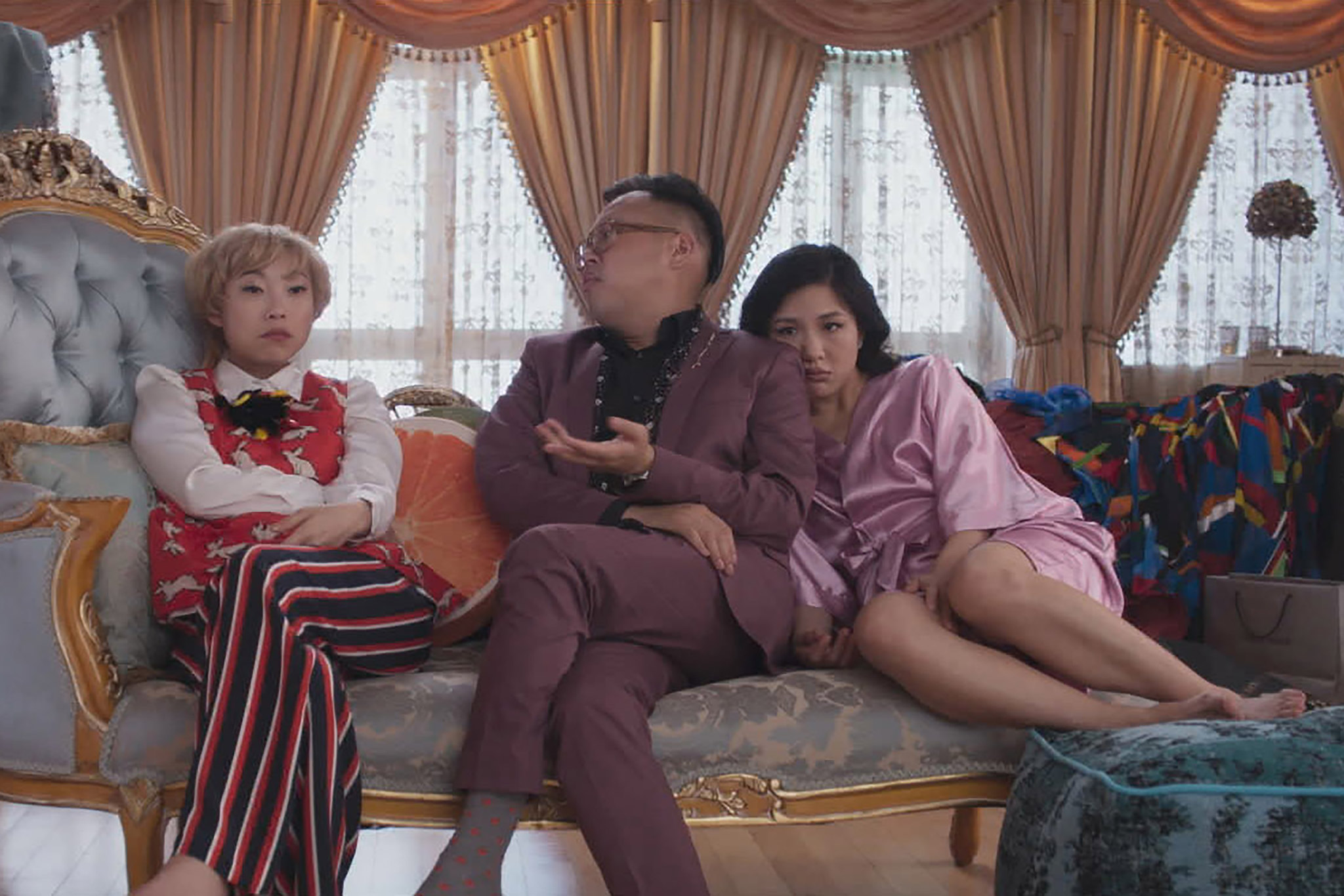 For the record: I loved the film adaptation of Kevin Kwan’s bestselling novel. I’m a self-professed romantic comedy junkie who frequently gets suckered into watching any movie even remotely resembling the genre. On top of that, I’m an Asian American constantly tip-toeing the line between being “too Asian” in some contexts and “not Asian enough” in others. I am this movie’s target demographic.

That said, I also grew up in the Philippines during the era of Flor Contemplacion. For those unfamiliar, Contemplacion was a Filipino domestic worker who was charged with murder and executed by the Singaporean government. Her death caused a political firestorm, souring relations between the Philippines and Singapore for years after, as well as sparking a renewed interest in the treatment of OFWs and the intersection of class, ethnicity, and power in the geopolitical sphere. Needless to say, I’m always curious to see how—but more often than not, if—filmic portrayals address this tangled web of issues.

And so, although I cherish the opportunity to watch a glitzy Hollywood rom-com starring a bunch of people who look a lot like me—I think it’s worth spending the time to take stock of the discussions surrounding Crazy Rich Asians, both good and bad. Because even if it didn’t rake in over $160 million at the box office, the film still has all the trappings of a movie that launches a thousand think pieces—and thankfully not the kind that has to explain “Whitewashing 101.” Read on for a small, curated slice of these conversations, from articles criticizing the film’s treatment of ethnic minorities in Singapore to writers celebrating the fact that this movie has moved us along just enough that we’re now able to discuss the delicate nuances of Asian identity in a global context.

Singaporean activist and writer Sangeetha Thanapal maintains that Crazy Rich Asians furthers the “ongoing systematic erasure and oppression of Singapore minorities on a global screen” in an article for Wear Your Voice, an intersectional feminist website.

Likewise, Singaporean poet Pooja Nansi calls out the movie’s troubling portrayal of her country’s ethnic minorities in positions of servitude.

Kirsten Han echoes these sentiments, arguing that the movie doesn’t avoid caricature or stereotype but merely offers another version of the “exotic” East. The Vox piece also touches upon the “divergence between the needs and priorities of Asian Americans and Asians in Asia” and points out that while the film’s all-Asian cast is touted as a win for representation in America, the focus on East Asian faces merely reinforces Chinese dominance in Singaporean culture.

Over at the Los Angeles Times, Frank Shyong suggests an alternative viewpoint, noting the film’s “fractal resonance or truth that holds up from many angles,” which he observes in the film’s popularity within the Cambodian American community in Long Beach, California.

Similarly, Jiayang Fan tempers these criticisms by urging viewers to watch Crazy Rich Asians “like an Asian American” in a piece for The New Yorker.

Shannon Liao has a slightly different take on the Asian American vs. Asians in Asia divide. She points out that director Jon M. Chu, screenwriters Peter Chiarelli and Adele Lim, as well as actress Michelle Yeoh, have mentioned in past interviews that female agency and power dynamics were integral in shaping the characters and plot of the film adaptation; these concerns, Liao argues, subvert expectations of the traditional Asian rom-com and allow the film to become “not only…an opportunity for Asian-Americans to see themselves represented on-screen as positively and vividly as they are in Asian media, but also for Asian characters to be reflected in a more feminist and appreciative light.”

Journalist Audrey Cleo Yap admits that the film “doesn’t even come close” to representing the full spectrum of Asian and Asian-American experiences—and why that’s okay with her.

Oddly enough, the movie may never be released in China according to Amy Qin at the The New York Times. And even if it were, many doubt just how popular such a film—with its thematic undercurrents of diaspora culture—could ever be amongst mainland Chinese.

On MUBI’s The Notebook, Kelley Dong takes this argument a step further by connecting wealth with cultural identity—and why, against a backdrop of “sizzling street food and skyscrapers,” the movie’s failure to address these issues is problematic.

Finally, Allyson Chiu at The Washington Post notes that “since stories about nonwhite characters are so rare to begin with, movies that break the mold are put under a stronger microscope,” a sentiment shared by Crazy Rich Asians actor Nico Santos in an interview with CNN. The solution, according to both, is to support the movie for the opportunities it could create. After all, as Santos says, “We should be allowed to fail…How many chances do white people get? How many [crappy] movies do they get to make over and over again?…This is our first chance, so let us throw the dart. If it doesn’t stick, then ok. Give us another dart.”