“I was an artist before I was politicized,” said Patrisse Cullors during a discussion after her MFA thesis show at The Big House last April. Widely known for her role as co-founder of Black Lives Matter, Cullors showcased a different side of her work with her performance piece, titled “Respite, Reprieve and Healing: An Evening of Cleansing.” The piece aimed to create a space of cleansing in a time of trauma and crisis, as told through movement, and was dedicated to celebrating Black culture and healing the Black community.

Attendees were requested to wear white to the interactive show and were guided throughout the space with live music from Damon Davis, Tonina, and Street Symphony. Curated by Damon Turner, the evening began with a performance in which ten Black participants, all wearing the same long, white linen robes, bowed their heads into a sink and had their hair washed in coconut milk, salt, and honey. 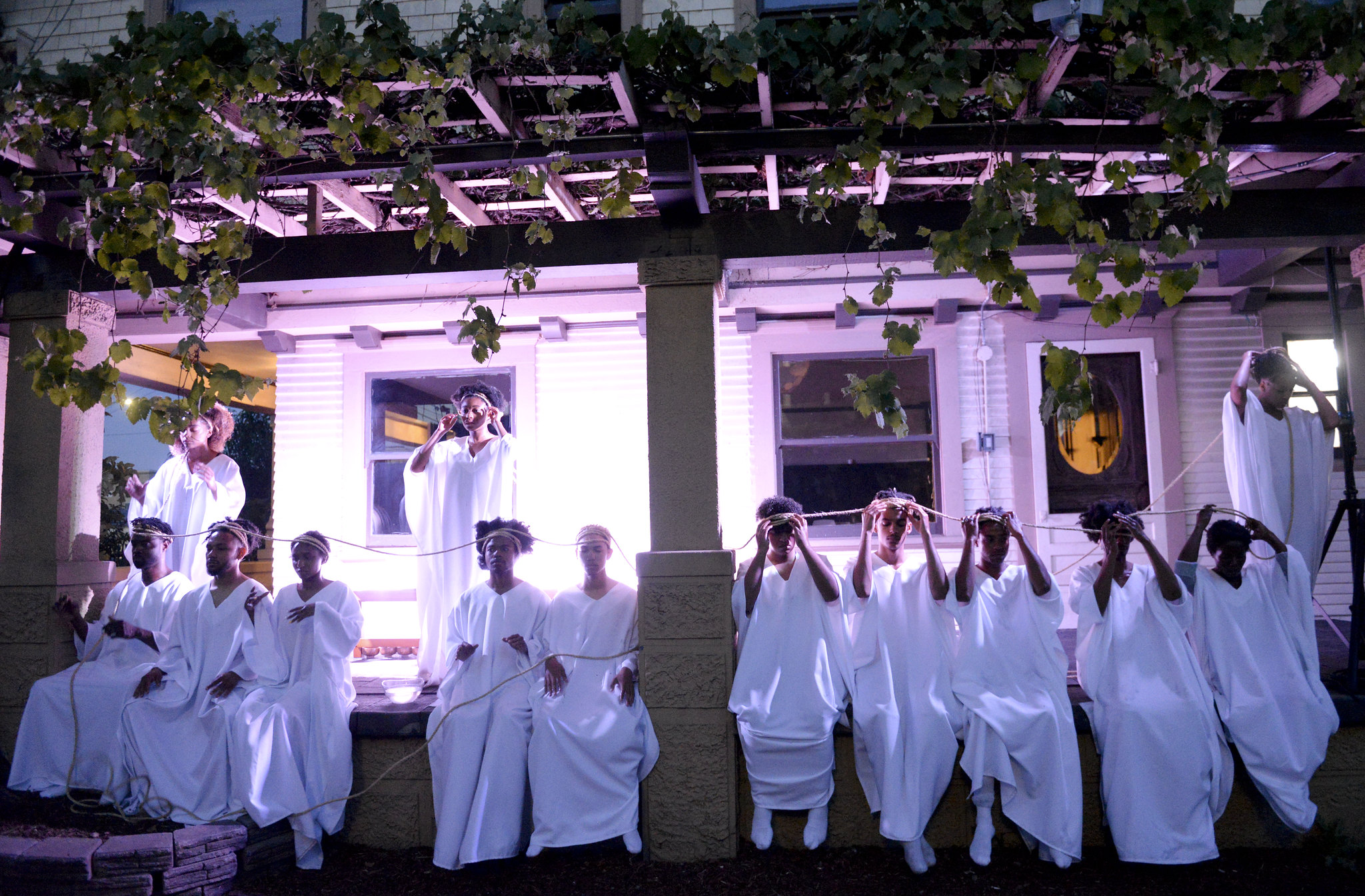 This meditation on a deceptively simple act evoked the contradictory nature of washing Black hair as both a mundane and politically charged experience. At the end of the piece, the performers and their hair were bound together, again recalling the trauma associated with Black history and identity, as well as the strength and resilience that can arise from healing together as a community.

The second half of the evening focused on Cullors herself. Immersed in a 100-year-old clawfoot tub filled with salt for most of the evening, she pulled her body out from under this immense weight and crawled to a trough filled with coconut milk, pivoting the endurance piece from the one of suffering to that of respite through bathing. The piece concluded with Cullors undressing from her traditional African garb and hanging her clothes above the sink used in the first piece.

Incredibly enough, Cullors led an extensive talkback only moments after concluding her show. While discussing some elements of her performance as well as her journey as an artist, she focused the discussion on the impact activism has on Black bodies and the crisis of mental illness. Currently, Cullors serves as the chair for Reform L.A. Jails, an organization formed to support a 2020 county-wide ballot initiative to grant the L.A. County Sheriff’s Department Civilian Oversight Commission with subpoena power to effectively and independently investigate misconduct, to develop a plan to reduce jail populations, and to redirect the cost savings into alternatives to incarceration.

A few months prior, the L.A. County Board of Supervisors voted unanimously to place the Reform L.A. Jails initiative on the California presidential primary March 3, 2020 ballot. While this is a historic victory in and of itself, Cullors also acknowledges that there is a lot of work left to do in the upcoming months. As she says in her bio, “Patrisse will continue to create, organize, and shut it down until all Black lives matter.”

Cullors will be holding two more performances of her show on June 21st and 22nd at Highways Performance Space in Santa Monica. Tickets are available online through the Highways website.